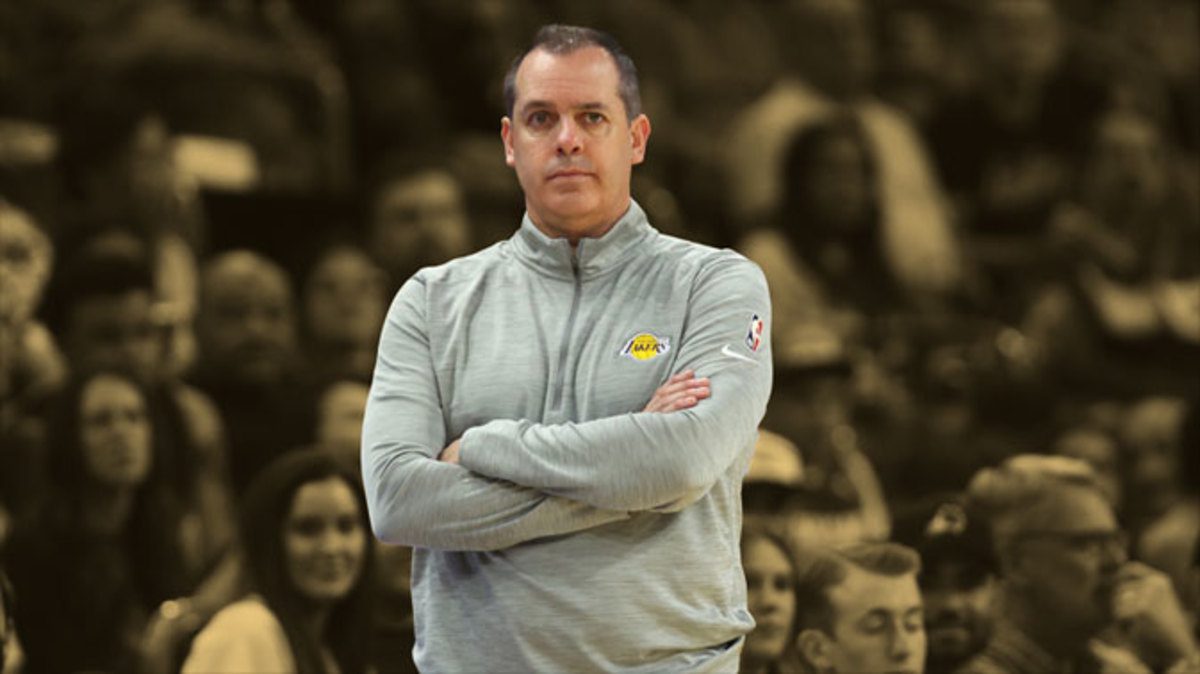 The Los Angeles Lakers finally put head coach Frank Vogel out of his misery, officially firing him on Monday.

Toronto’s Nick Nurse is considered a front runner for the position per The Athletic’s Shams Charania.

“Frank is a great coach and a good man. We will forever be grateful to him for his work guiding us to the 2019-20 NBA championship. This is an incredibly difficult decision to make, but one we feel is necessary at this point,” Lakers general manager and vice president of basketball operations Rob Pelinka said in a release.

Word of Vogel’s departure began spreading Sunday before the buzzer sounded, ending what could be considered the most disappointing Lakers’ season ever.

“I haven’t been told s–t,” said Vogel after the Lakers defeated the Nuggets 146-141 in overtime Sunday night. “And I’m gonna enjoy tonight’s game, celebrate what these young guys did, in terms of scratching, clawing, getting back in this game, getting a W, and we’ll deal with tomorrow, tomorrow.”

ESPN’s Adrian Wojnarowski tweeted the news before the Lakers’ pulled off their season-ending win.

Frank Vogel has coached his final game for the Lakers, a decision that’s expected to be shared with him as soon as Monday, sources tell ESPN. Lakers’ search expected to be lengthy and expansive with no clear initial frontrunner.

Without LeBron James, Anthony Davis, and Russell Westbrook in the lineup, the Lakers bench won two straight and kept the team from registering a 50-loss season.

“I loved him, man. He gave me a chance,” said Malik Monk of coach Vogel following the win. “Kudos to Frank.”

Monk commended Vogel for his professionalism during a very trying season.

“He kept his cool the whole time. He came in to work and always gave us a good game plan,” said Monk.

“Nothing but praise for him. Appreciate him, and hope the best for his career moving forward,” said game hero Austin Reaves. “Good to go out with a big win for him and our team.”

Vogel coached the Lakers to the 2019-20 title his first year, but it wasn’t enough to overcome one of the worst Laker seasons ever.

After being favored to win the championship, the Lakers finished 33-49, 11th in the Western Conference, and out of Play-In contention.

LA suffered injuries and COVID, but the team of future Hall of Famers never seemed to gel even when they were all healthy and playing.

The front office failed to make any moves before the trading deadline, and the team went 6-18 after the All-Star break and were on an eight-game losing streak before their last two wins to close the season.