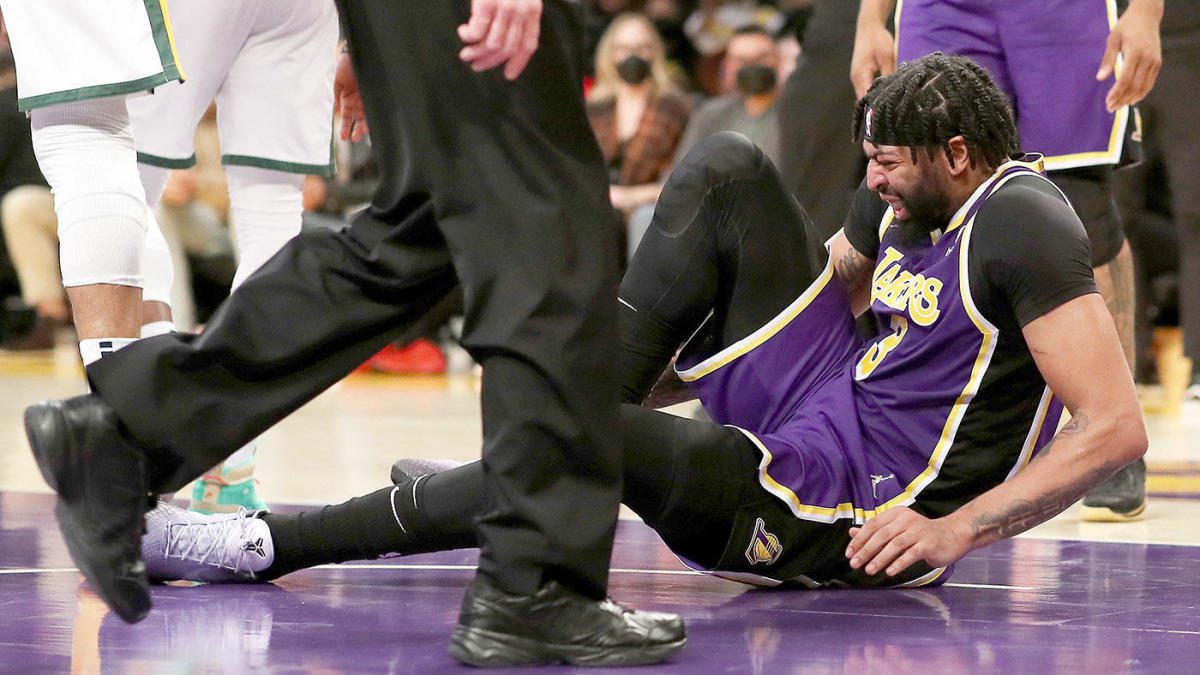 He attempted to catch a lob pass from Malik Monk right in front of the rim, but as Davis came down in front of Jazz center Rudy Gobert, his right ankle landed completely on its side and bent sideways.

As Davis came down in front of Jazz center Rudy Gobert, Davis’ right ankle landed completely on its side and bent sideways.

Davis collapsed to the court in agony and started rolling around in pain while grabbing his ankle.

After quite some time down under the rim, Davis was helped up and was essentially carried off the court while putting no weight on his ankle.

Davis went straight to the locker room and was quickly ruled out for the rest of the game.

Anthony Davis couldn't put any weight on his right ankle and had to be carried off the court. pic.twitter.com/5ZBiQp6EC4

Initially, the injury appeared severe, but X-rays on Davis’ ankle came back negative.

He is set to get an MRI on Thursday, according to Yahoo Sports’ Chris Haynes, which should provide more insight into the injury.

The Lakers said that he will receive treatment over the All-Star break, and then a timeline will be determined for his return next week.

Davis finished the night with 17 points and two rebounds in 17 minutes.

This injury is just his latest this year for the Lakers, as he’s missed significant time earlier in the season with a knee injury.

“Obviously, I’m sickened to see AD go down in that fashion,” LeBron James said via the OC Register’s Kyle Goon. “I’ve seen it too many times, obviously.”

The Lakers rallied back in the fourth quarter thanks to a huge 16-2 run late that LeBron James capped with seven straight points to take the lead for the first time since the opening minutes.

They then held on, thanks to three free throws from Russell Westbrook and a 3-pointer from Austin Reaves to take the win.

James finished with 33 points and eight rebounds, and Westbrook added 17 points in the win, which snapped a three-game losing streak.

The Lakers have eight days off before they start the second half of the season and the most difficult schedule of all teams without Anthony Davis.