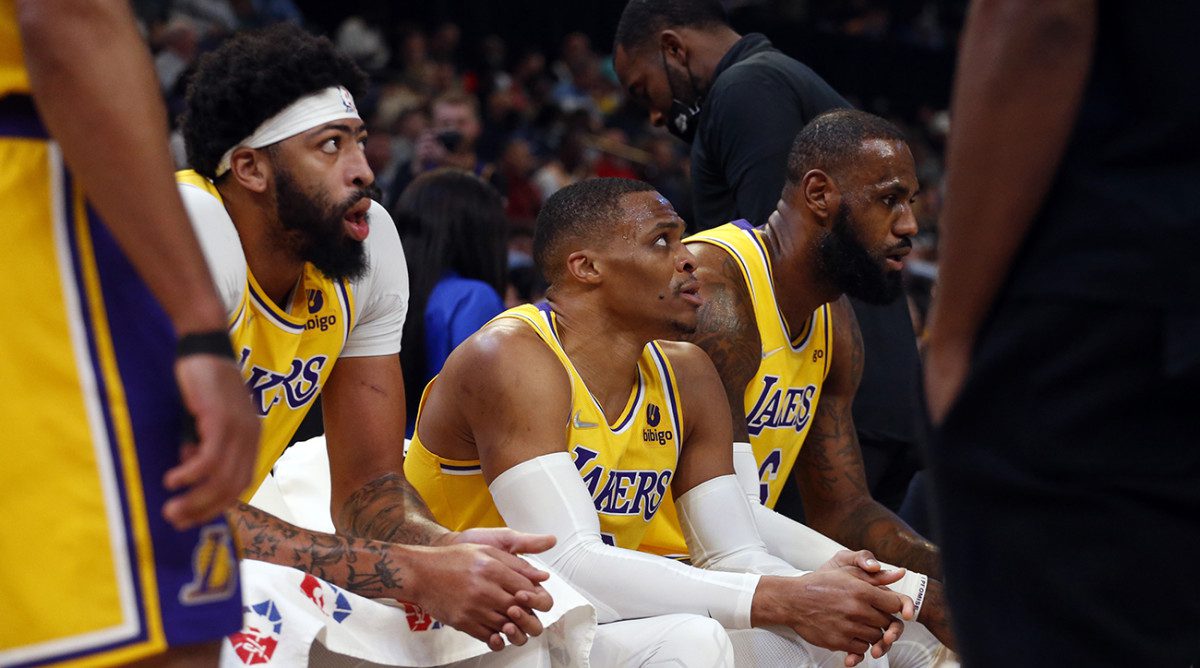 Los Angeles Lakers guard Russell Westbrook aired out his frustrations with head coach Frank Vogel after being benched during the Lakers’ 131-116 blowout loss to the Milwaukee Bucks.

On Tuesday, an already tense situation reached a boiling point when Westbrook shared his thoughts on how Vogel has handled his playing time.

Westbrook was absent from the floor the whole fourth quarter, even when the Lakers cut the deficit to 10 points.

It was the second straight game in which Westbrook was benched for the end of the game, as he also missed all of overtime in the Lakers’ previous win on Saturday.

Westbrook clearly had an issue with those changes, as he complained to reporters after the game about Vogel’s lineup decisions.

Westbrook went on to take some subtle and not-so-subtle shots at his head coach.

Westbrook was asked about a moment he shared with fellow stars LeBron James and Anthony Davis towards the end of that blowout.

He said he told them he wished he could help them but couldn’t because he wasn’t in the game.

When asked about Vogel’s communication, Westbrook bluntly said Vogel hasn’t been clear with him about his playing time.

However, the most pointed remark came when Westbrook was asked about any benchmarks he needed to hit to get back in the closing lineup.

He rejected the premise that he should have to do anything.

Russell Westbrook’s answer when asked what benchmarks he has to hit to be in the closing lineup: pic.twitter.com/Nobrx2ov8K

“I shouldn’t have to hit any benchmarks, to be honest. I put a lot of work in. I got a lot of respect in this game. I earned the right to be in closing lineups. Numbers would say, I don’t have to explain that. Like I said, once again, it ain’t my decision … Unfortunately, just gotta go with and figure it out the best I can and be there for my teammates as much as I can and make sure I come into work and do my job.”

The Lakers currently have a 26-29 record.

With the Thursday trade deadline looming, it remains to be seen if the Lakers will deal Westbrook.

Russell Westbrook has instead struggled to replicate his past success alongside his fellow stars.

Entering Wednesday, he was averaging 18.4 points per game, his lowest mark since 2009-10, and shooting 43.7 percent from the field and 30 percent from deep.