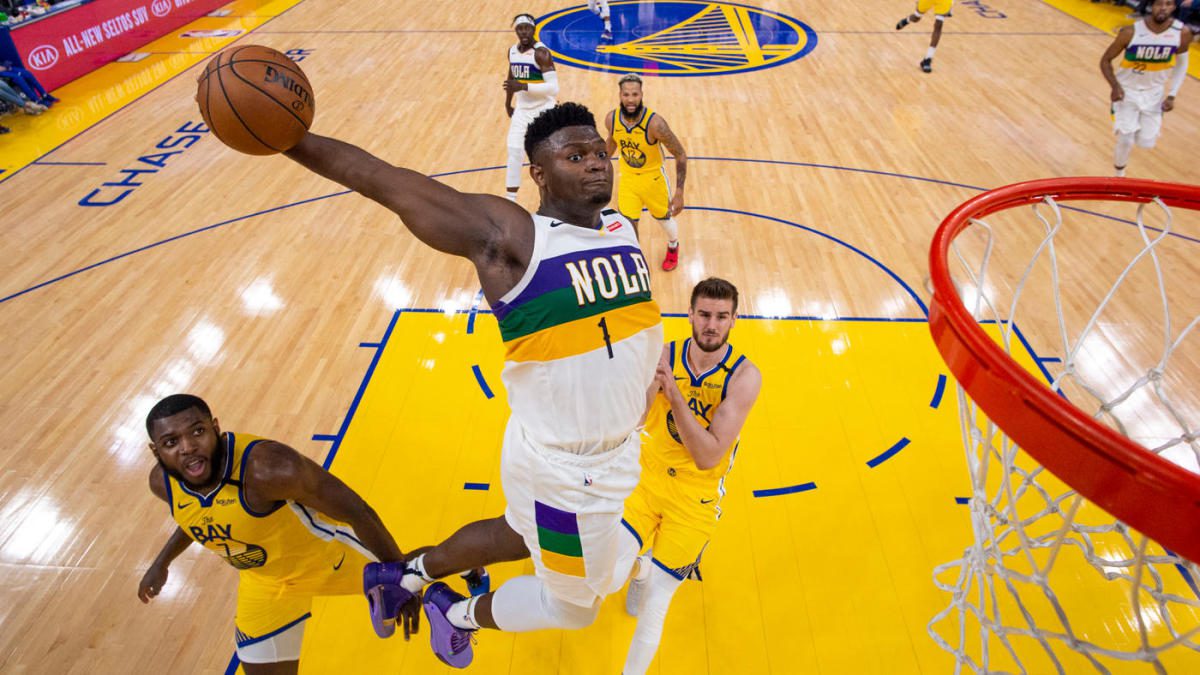 Just days after a report indicated that  Zion Williamson would not be playing this season, the Pelicans’ star posted a video throwing down a monster dunk at the team’s training facility.

Williamson has missed the 2021-22 season so far, recuperating from a fractured right foot, but the 21-year-old looked game-ready as he tossed the ball off the backboard and went between his legs for the jam.

Zion is in the lab 👀

The third-year pro flying through the air would seem to question the idea of sitting out Williamson for the rest of the season, as reported by The Athletic’s Shams Charania.

The 10th place Pels are two games ahead of the Spurs for a Play-In spot against the Los Angeles Lakers, who the Pels defeated 123-95 last month, prompting  Laker fans to boo the home team off the court.

A win against LA in the Play-In could lead to a first-round matchup against the Phoenix Suns.

Williamson, the number one pick of the 2019 Draft, has only played 85 games total, but he was expected to lace up for New Orleans this season.

He was cleared for full basketball activities on November 26 and had been doing contact and one-on-one drills until December 2, when the Pelicans announced their star was suffering soreness in his injured foot.

The team pulled Zion from full-team drills in practice and said they would pull him off course from 5-on-5 drills to more low-impact work.

Then, in December, an MRI revealed a regression in the bone healing of his fifth metatarsal, and it was announced he would rehab in Portland.

Since going to Portland, Zion’s relationship with the team has been at the center of speculation.

When New Orleans traded for Trail Blazers’ star CJ McCollum, the new Pel said he had not spoken to the star of the franchise causing many to once again question Williamson’s future with the team.

The 30-42 Pels have ten more games, including two against the Lakers, before wrapping up their season.

The Play-In starts April 12, and the playoffs begin April 16.