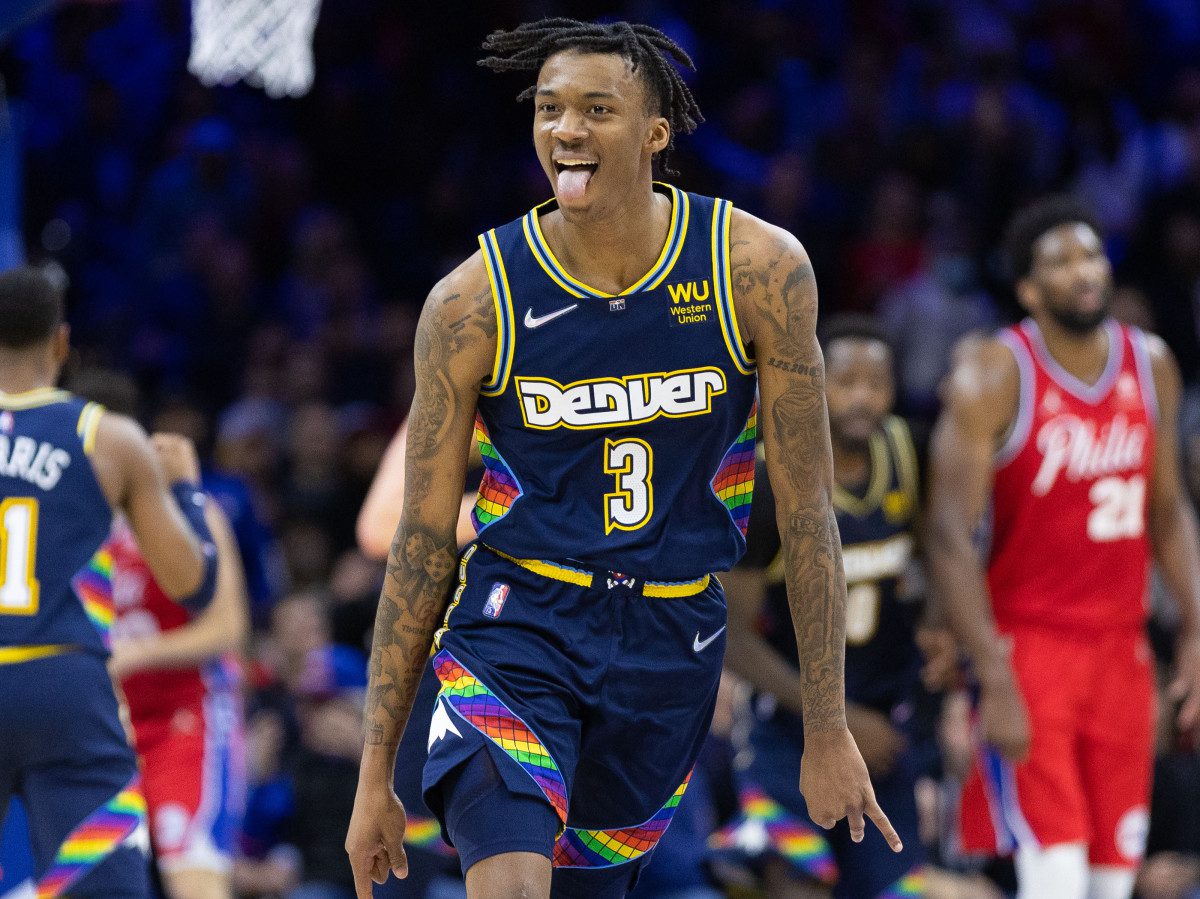 In a game that was supposed to be a clash between MVP candidates Joel Embiid and Nikola Jokic, Denver rookie Bones Hyland was the star of the show as the Nuggets pulled out a 114-110 victory over the Philadelphia 76ers.

Hyland scored 21 points, including four fourth-quarter three-pointers in front of a Wells Fargo crowd that included 500 supporters cheering for the 21-year-old rookie, who almost never made it to the NBA.

“Every time I check into the game, I do a cross across my chest just to be thankful that I still am in this position just to play basketball because doctors told me four years ago I’d never play basketball again,” said Hyland after the game.

Four years ago, Hyland injured his knee jumping from the second-story window of his burning Wilmington, Delaware home.

The same firefighters who rescued him in 2018 were on hand along with family and friends to watch Hyland light up the scoreboard against the Sixers.

“Just to come back to my hometown, close to my city, 30 minutes away, and put on a show here, that’s a dream come true for me,” Hyland said.

The Sixers jumped on the Nuggets fast, taking a 15-point lead after the first quarter, and held onto a five-point lead going into halftime.

But thanks to a spark from Hyland and the Nuggets bench, the visiting team outscored the Sixers by 11 in the final period and held on for the win.

“I just knew I was gonna get hot and hit a couple bombs,” said Hyland.  “I got two opportunities where I was wide open, and I hit one, and there was one in transition, and I was like, ‘I’m letting this one fly,’ and I let it fly, and it was bottoms.”

Jokic had 22 points, 13 rebounds, and eight assists for Denver, and Philadelphia’s Embiid led all scorers with 34 points, nine rebounds, and four assists.

The victory snapped a two-game losing streak for the Nuggets (41-28).