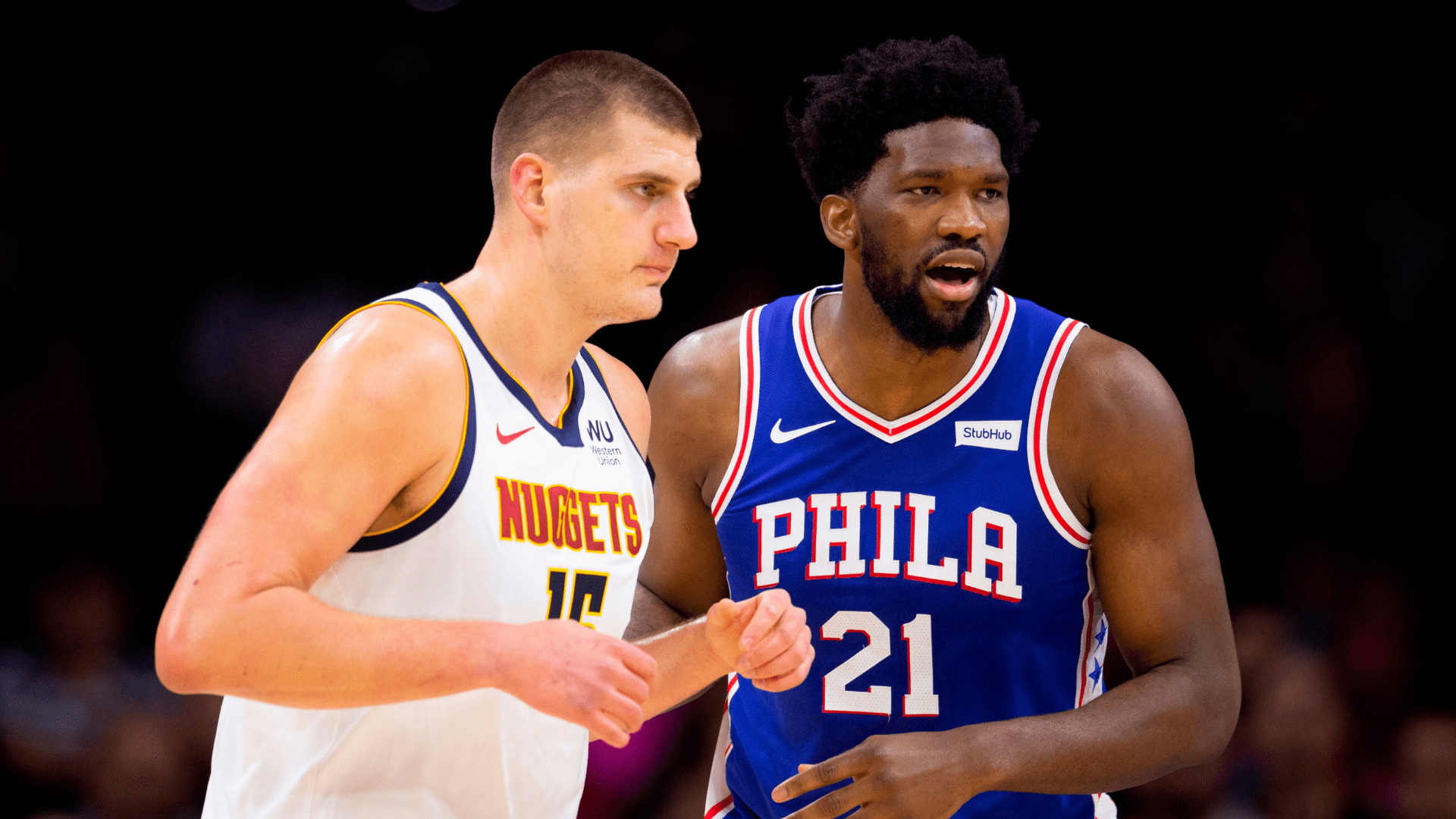 Two great big-men – Joel Embiid of the Philadelphia 76ers and Nikola Jokic of the Denver Nuggets – have taken charge of the MVP race with their recent play.

Last night, Embiid scored 50 points in 27 minutes en route to a 123-110 victory over the Orlando Magic at home.

In Denver, Jokic scored 49 points to go along with 14 rebounds and 10 assists in the Nuggets’ 130-128 overtime win over the Los Angeles Clippers.

With Kevin Durant sidelined in Brooklyn and Steph Curry falling back to earth in Golden State, it seems Embiid and Jokic are the square front-runners for MVP.

Of course, 2x-MVP Giannis Antetokounmpo – who’s averaging 28.6 points, 11.3 rebounds, and 6.1 assists on 53% shooting from the field and 29% shooting from three – may continue to build a case for himself down the stretch.