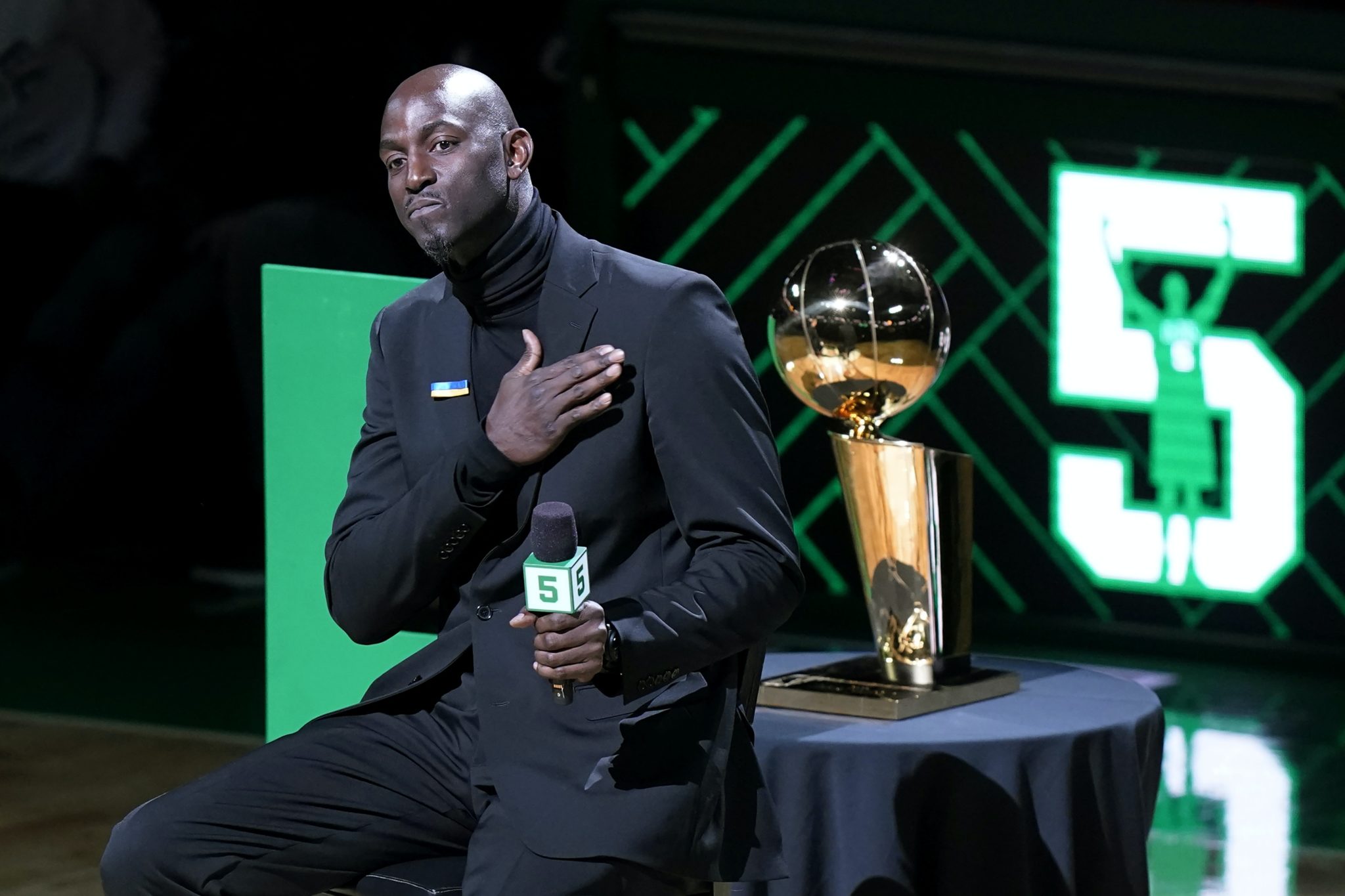 The love was real at TD Garden as the Celtics retired Kevin Garnett’s No. 5 jersey and Boston’s Big Three finally put to rest old animosities.

Former teammates Ray Allen and Paul Pierce sat in the front row as the team paid tribute to The Big Ticket raising his jersey to the rafters to join 23 other retired numbers.

“I love you Boston,” Garnett shouted to the packed arena during the ceremony.

As recently as the February All-Star Game, Garnett, Pierce, and Allen were still visibly at odds stemming from Allen’s departure from the Celtics in 2012 to join the Miami Heat.

But Sunday, the players made amends, celebrated Garnett’s achievement, and even had a group hug at center court at 8:31 of the clip below.

“We appreciated you, man,” said Pierce. “You brought Celtic Pride back. So, again I want to thank you as a teammate, as a friend, as a brother, and just speaking for everybody in this city, the crowd, ownership group, every player that had an opportunity to play with you. We love you, man. Thank you.”

“In this building, we played some amazing games. We had some great times on the planes. Just, life was great for those five years. And that’s what I focused on over the last ten years everything we did together, and that to me was most important,” said Allen.

Boston’s Big Three of Garnett, Pierce, and Allen defeated the Lakes in 2008 for the NBA title.

Allen would go on to win two titles with the Heat.

Garnett spent six years with the franchise after playing the first 12 years of his career with the Timberwolves, who drafted him out of high school in 1995.

He was inducted into the Naismith Memorial Basketball Hall of Fame in 2020.