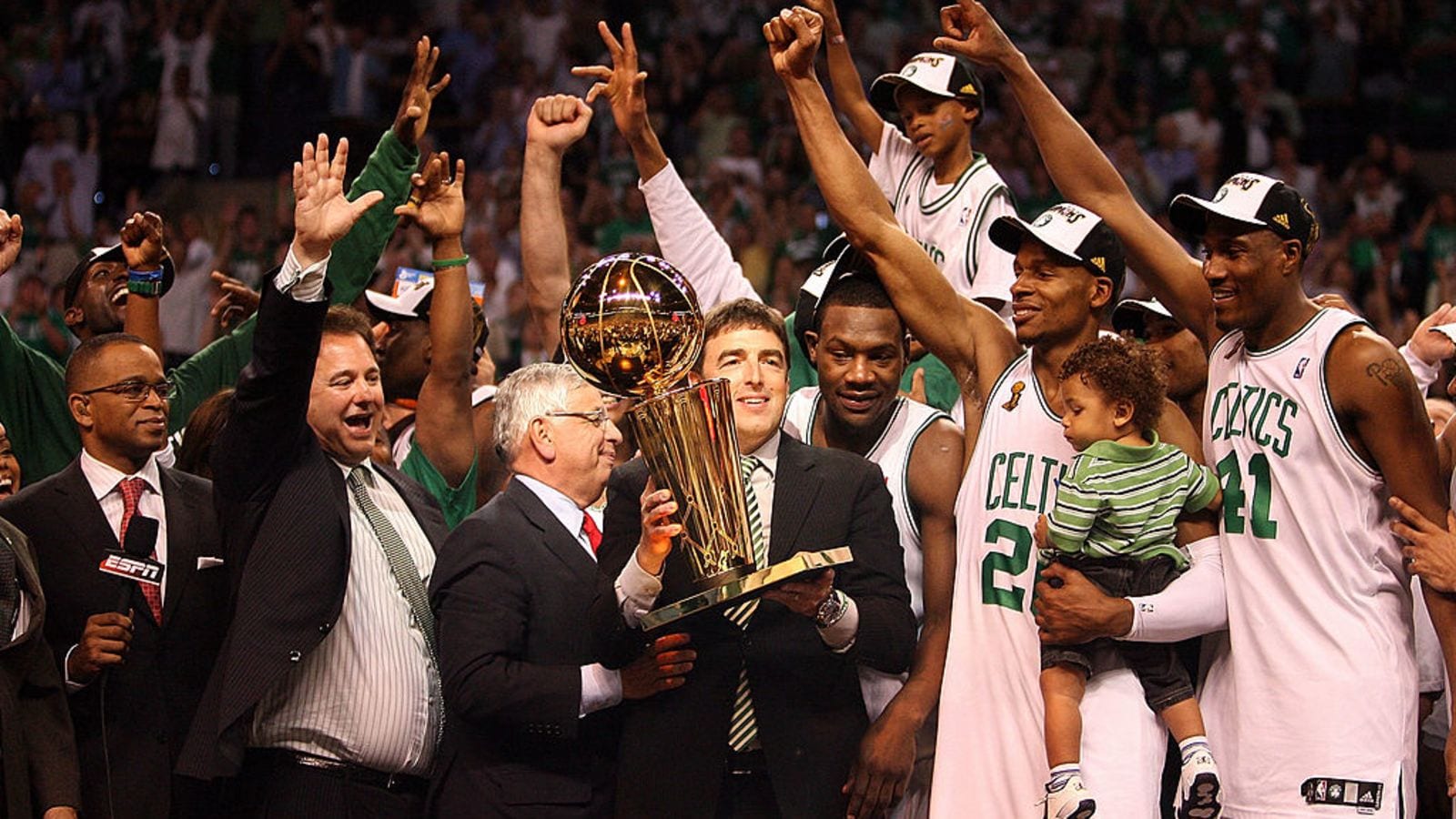 What a series the 2008 NBA Finals turned out to be.

It was quite at time to be a fan.

Especially, if you were a Celtics fan.

The Boston Celtics were matched up with their eternal rivals, the Los Angeles Lakers.

In a classic six game series, the Celtics beat their rivals to raise their 17th banner over the TD Garden.

Let’s take a look at some of the iconic moments from this series.

In the second quarter of Game 4 the score was 45-21, in favor of the Lakers who were at Staples Center.

Yes that is correct, the Celtics were down 24 points, but had they lost this one the series would’ve been tied 2-2.

However, that was not to be the case.

In stunning fashion at Staples, the C’s completed a comeback for the history books.

Ray Allen led the way with 19 points and 9 rebounds alongside a clutch layup towards the end.

While the Lakers kept the series alive with a Game 5 victory, it didn’t end well for Tinsel town.

Who can forget the wheelchair game?

Pierce was guarding Bryant on this play when Kobe went in and got a layup.

However, Celtics fans went silent when they saw their captain go down with an apparent knee injury.

The injury was thought to be so bad, the Pierce had to be taken out in a wheel chair.

Then later on in the game the fans roared as Pierce came out ready to play out of the tunnel.

The funny thing is, years later Pierce would admit it wasn’t an injury scare.

He just really needed to go to the bathroom.

Among the beautiful things that happened in the 2008 finals, nothing was a great as seeing KG breakdown as he finally became an NBA champion.

There really isn’t much to say here, just watch the elation and raw emotion on the face of one of the greatest competitors ever.

While this list has featured nothing but Celtics highlights, it really just wasn’t the Lakers year in 2008.

All of this culminated in a big time blow out loss for LA in Boston.

While the Big 3 all had a great night, the bench sparked the team to the point where there was no looking back.

Boston embarrassed their West coast rivals by crushing them in a 39 point win.

After 22 years of waiting, the Celtics captured their 17th title.

Their hero of the past 10 years up to that point solidified his place in Celtics history.