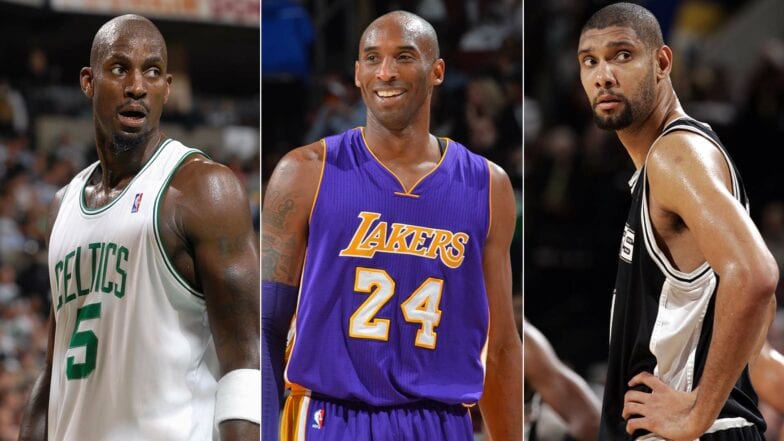 After a year-long delay, the Naismith Memorial Basketball Hall of Fame Class of 2020 was finally inducted with a round of applause and many tears.

The event was bitter-sweet for attendees as Bryant’s wife Vanessa took the stage to speak on behalf of the former Laker.

“I wish my husband was here to accept this incredible award,” Bryant said, joined on stage by Michael Jordan. “He and Gigi deserved to be here to witness this. Gigi would be so proud to watch her daddy get enshrined into the Basketball Hall of Fame.”

Kobe and his daughter Gigi died in a tragic helicopter crash in January 2020.

Vanessa spoke on how naysayers motivated Kobe explained why he never wanted to sit out a game.

“I remember asking him why he couldn’t just sit a game out because he was hurting. He said, ‘what about the fans who saved up to watch me play just once?’ He never forgot about his fans. If he could help it, he would play every minute of every game. He loved you all so much.”

Before finishing, Bryant red a later to Kobe, which concluded,  “You once told me, ‘if you’re going to bet on someone, bet on yourself.’ I’m glad you bet on yourself, you overachiever. You did it. You’re in the Hall of Fame now. You’re a true champ. You’re not just an MVP, you’re an all-time great. I’m so proud of you. I love you forever and always, Kobe “Bean” Bryant.”

David Robinson took the stage with Tim Duncan as he thanked his fellow Spurs alumni and coach Greg Popovich.

“Been through finals, Game 7’s, this is officially the most nervous I’ve ever been in my life. I’ve been pacing in my room all day, so let’s see what we get,” said Duncan at the start of his speech.

Former Minnesota Timberwolf and Boston Celtic Kevin Garnett gave his speech accompanied by Isaiah Thomas, who he thanked for helping him decide to go straight into the NBA after high school.

The Big Unit reflected on his past but also his future in the NBA.

“My only regret with Minnesota is that I didn’t get to bring a championship,” Garnett said. “But like I said, I look forward to rebuilding Minneapolis.”