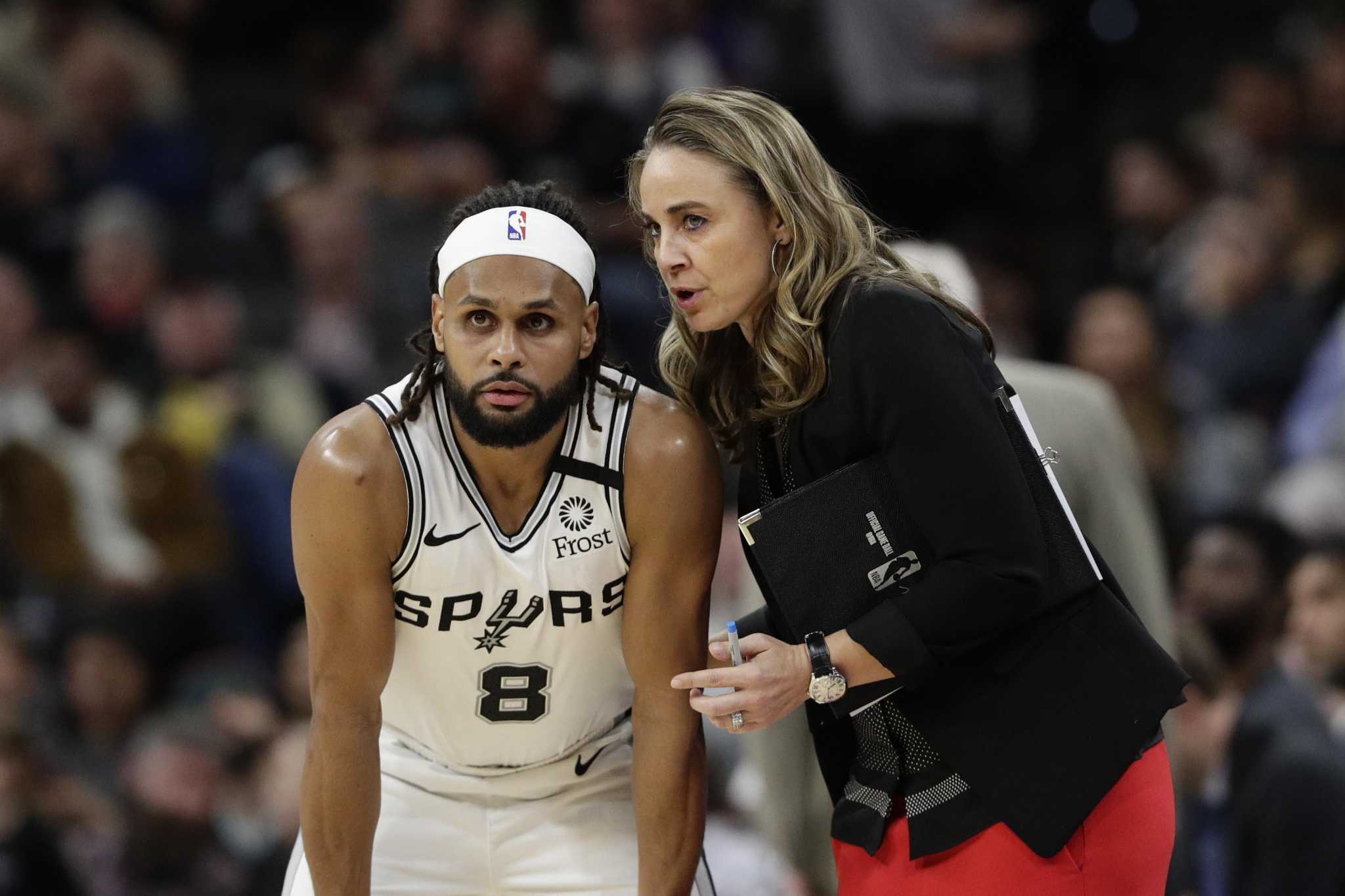 After seven years as a San Antonio Spurs assistant coach, Becky Hammon is now making history as the first woman finalist for an NBA head-coaching job, according to ESPN’s Adrian Wojnarowski and The Athletic’s Shams Charania and Sam Amick.

Hammon, 44, who became the first woman ever to coach an NBA team when she took over for Gregg Popovich after he was ejected from a game last December, is one of several candidates the Trail Blazers interviewed.

Terry Stotts, who had coached the team since 2012, was fired after the Blazers fell to the Denver Nuggets in the first round of this year’s playoffs.

Before Portland officially started their search for a new coach, star player Damian Lillard expressed his desire to have Jason Kidd take over the team.

The move backfired, putting Kidd in an awkward position before withdrawing himself from consideration.

Still, whoever is chosen for the job will have to be approved by Lillard; plus, Portland still needs to find their All-Star guard more help if they want to keep him in a Blazers uniform.

The Portland job is one of seven head-coaching positions open in the NBA.

Indiana, Orlando, New Orleans, Dallas, Washington, and Boston are all interviewing candidates after what has been an unusual season and an even more unusual playoffs.

Hammon played 16 seasons in the WNBA, half of them with the San Antonio Stars before taking on the role of an assistant coach.

The former guard is a six-time WNBA All-Star, two-time All-WNBA First Team, and was named one of the WNBA’s Top 15 Players of All-Time.

She also interviewed for the Orlando Magic position.