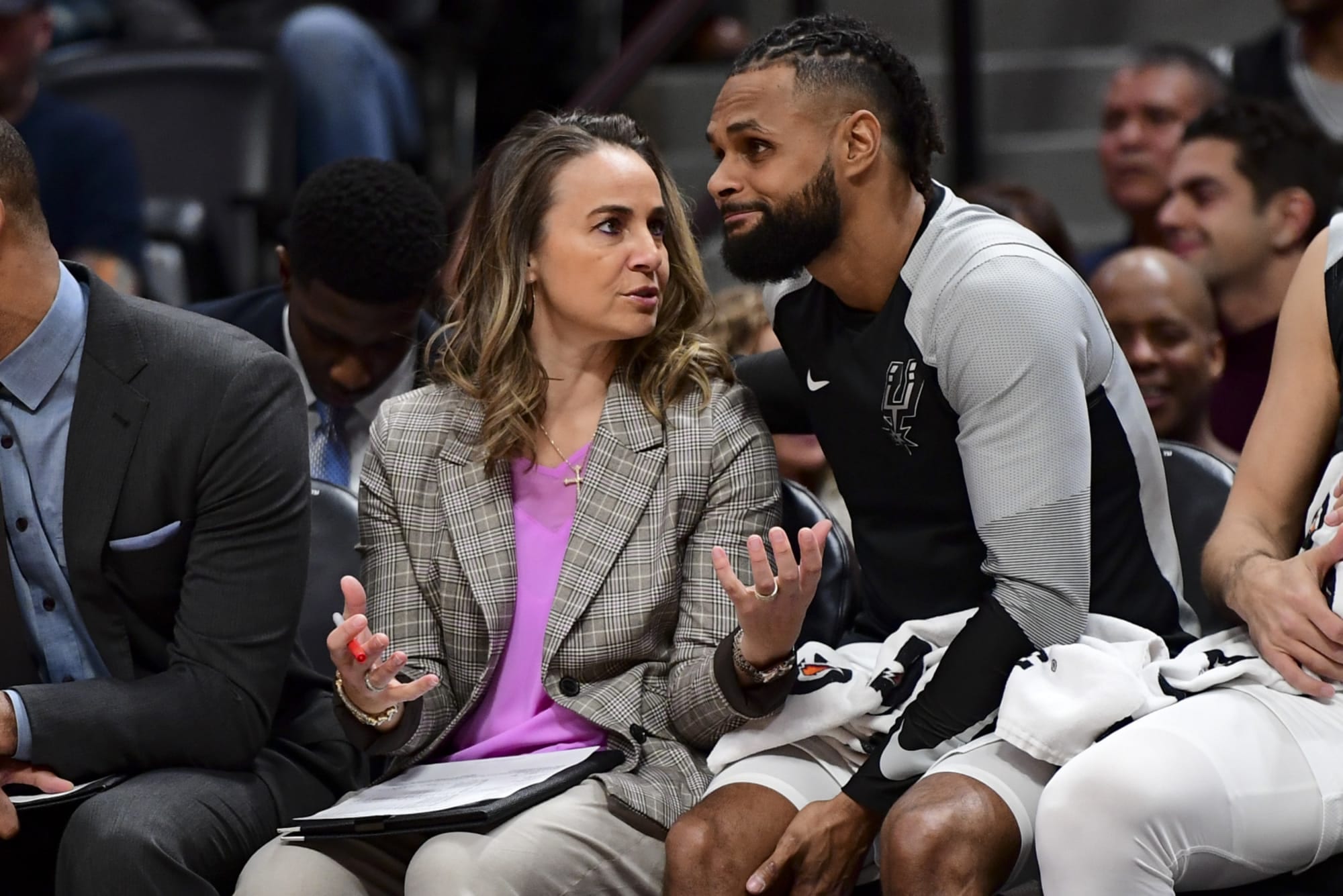 Hammon took over after Gregg Popovich was ejected with 3:56 left in the first half for arguing a call.

“Obviously, it’s a big deal. It’s a substantial moment,” said Hammon. “I’ve been a part of this organization, I got traded here in 2007, so I’ve been in San Antonio and part of the Spurs and sports organization with the Stars and everything for 13 years. So I have a lot of time invested, and they have a lot of time invested in me, in building me and getting me better.”

There was little fanfare in the historic moment.

But others, including the first female vice presidential-elect, congratulated Hammon.

Congrats, @BeckyHammon. You may be the first, but I know you certainly won't be the last. https://t.co/dHXa9JFRWT

Hammon was a six-time All-Star with the WNBA’s New York Liberty and San Antonio Stars.

She has served as an assistant with the Spurs for seven seasons.

“Everybody just gets on board, and it was a great team effort and they’re in my ear giving me suggestions and helping with substitutions and whatnot,” Hammon said. “So when Pop gets tossed, we all come together and become kind of another team.”

Hammon took over with the team’s full confidence.

“Becky played, and any player who knows the history of women’s basketball knows what she meant to the sport,” said Spurs guard DeMar DeRozan. “You don’t think twice about it. She’s one of us. When she speaks, we are all ears.”

“I love Becky to death,” said Spurs guard Dejounte Murray. “The future is bright for her. I hope she sticks to it and doesn’t give up. One day it may happen, or it may not happen. Who knows? But she is definitely on the right road, and I think everyone here appreciates her. She is setting an example for every woman out there.”

“The guys responded great. I thought we gave ourselves some chances. We battled back multiple times,” Hammon said. “I think it was business as usual. They’re used to hearing my voice in practice.”