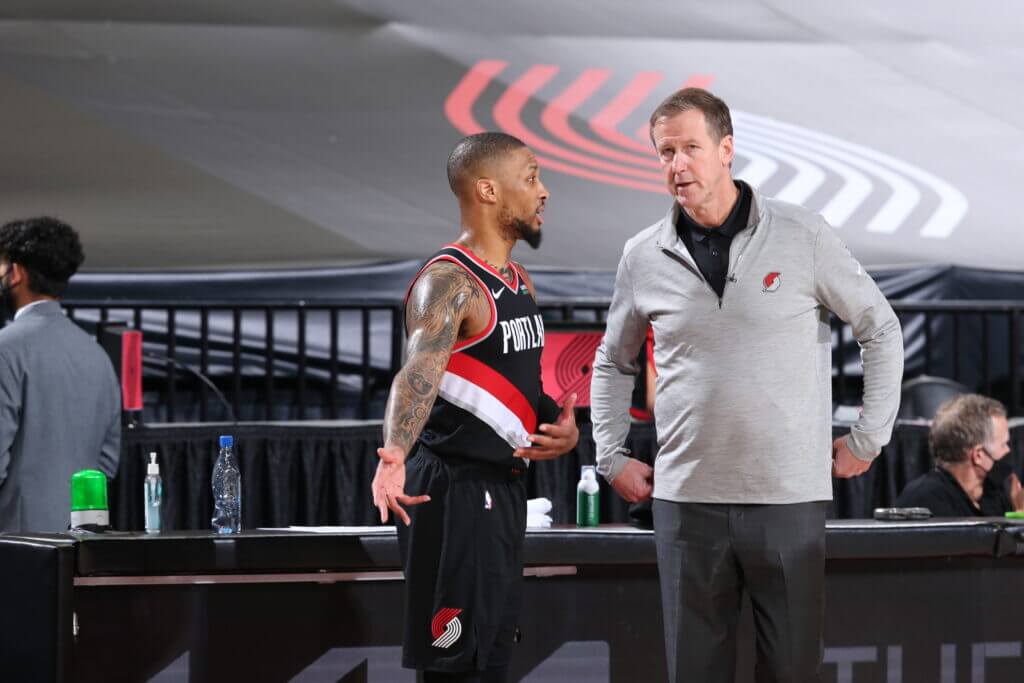 Portland Trail Blazers star Damian Lillard has already given his input on who should be the next head coach following the dismissal of long-time coach Terry Stotts.

The Blazers are wise to follow the input of their star if they want to keep him in a Blazers’ uniform.

Stotts and Lillard began their journey in Portland together back in 2012, leading the team to 8 straight playoff appearances, a few West semifinals, and one conference final in 2019.

Lillard, 30, is expected to be more vocal about his requests moving forward in his effort to compete for a title.

Jason Kidd, a Hall of Fame point guard, is an Oakland native, like Lillard, and the two have a great relationship that goes back years.

Lillard has a great deal of respect for Kidd and his basketball knowledge, so much that he believes he can lead them to the promised land.

The Los Angeles Lakers front office has been impressed and has raved about Kidd, going as far as saying he has been a phenomenal presence thanks to his innovative ideas, communicating skills, and his ability to rally the troops have all been instrumental.

Kidd has previous head coaching experience with the Milwaukee Bucks and the Brooklyn Nets.

While having a good relationship with Billups, Lillard still prefers Kidd as his coach.

After Lillard’s phenomenal performance in the Blazers’ first-round loss to the Denver Nuggets, Portland’s front office will have to make some big moves to satisfy their star and give the team a chance to compete for a title.