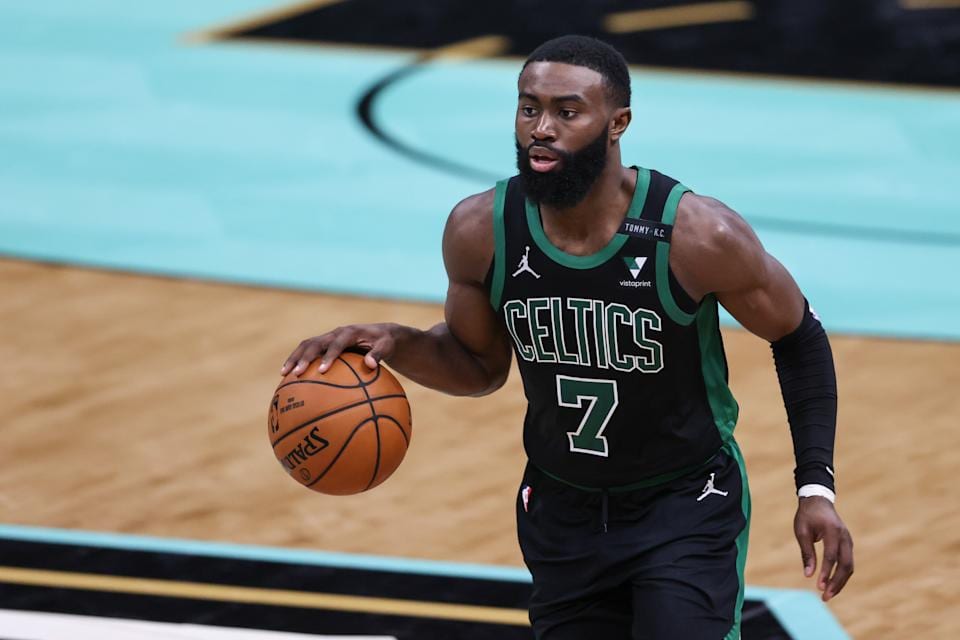 A challenging season just got a little tougher for the Boston Celtics now that Jaylen Brown is out for the season with a torn wrist ligament.

Brown was diagnosed with a torn scapholunate ligament in his left wrist over the weekend and is expected to have surgery later this week.

#NEBHInjuryReport This past weekend Celtics forward Jaylen Brown was diagnosed with a torn scapholunate ligament in his left wrist. Brown is expected to have the torn ligament surgically repaired later this week, and will be out for the remainder of the 2020-21 season.

The All-Star forward is believed to have sustained the injury when he collided with Jayson Tatum in the last minute of Boston’s loss to the Portland Trail Blazers last week or earlier in a loss to the Oklahoma City Thunder on April 27.

The third pick in the 2016 draft, Brown has had an exceptional year, but he’s been out the past three games after spraining his right ankle in that same Portland game.

Brown was averaging 24.7 points, six rebounds, and 3.4 assists for the Celtics in his fifth year in the league.

The seventh seed in the Eastern Conference with a 33-35 record, the Celtics face the prospect of facing the Charlotte Hornets in the play-in tournament.

Boston is 4-6 in their last 10 games, and they’ve dropped their last two.

The Celtics have just four games left in the regular season, with one of those coming against the Miami Heat on Tuesday, and they will be leaning on guard Jayson Tatum who has had a record-breaking season.

Miami dashed Boston’s title dreams in the bubble playoffs last year, and Beantown fans were hoping their team would make a strong push for the Larry O’Brien trophy this season.

But injuries, league health and safety protocols, and tentative moves by the front office have left many Celtics fans frustrated.

Though General Manager Danny Ainge admitted Boston’s roster was ‘obviously not good,’ back in February, rather than sign a big-name player for the season, Ainge professed his commitment to bringing in players for the long term and waiting until after this season to consider any big moves.