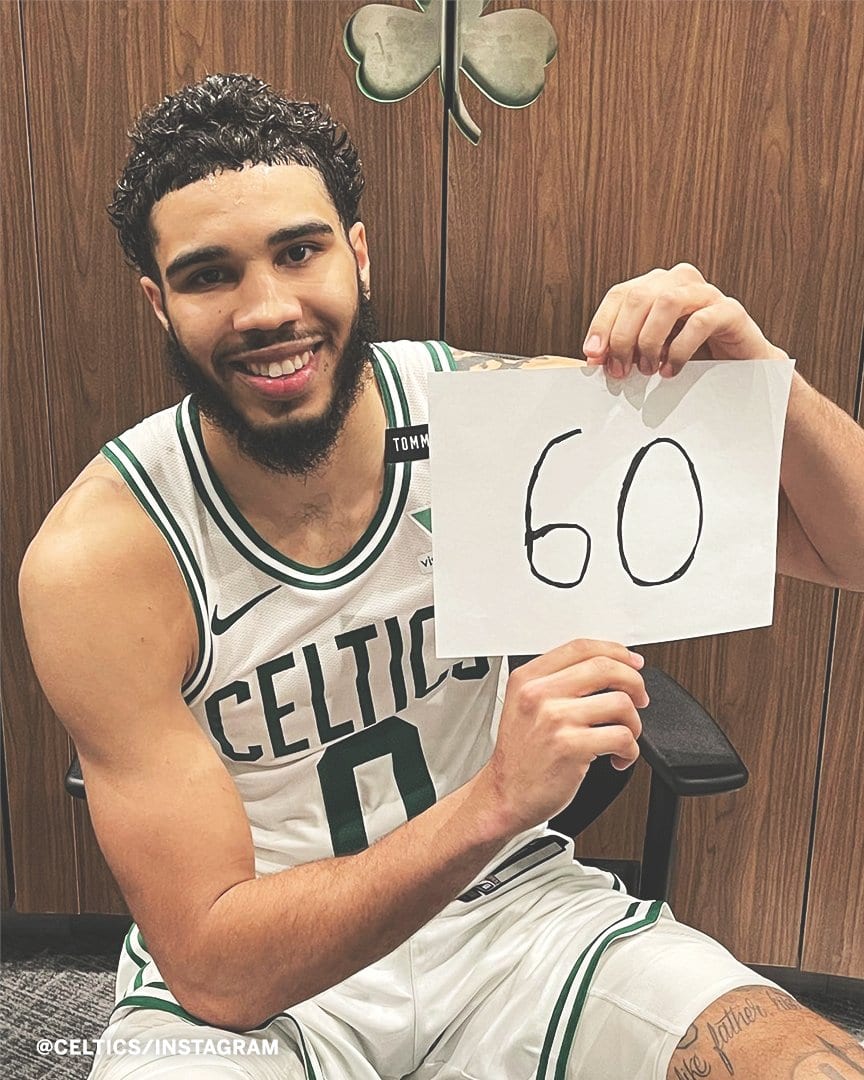 Jayson Tatum made history on Friday night by leading the Boston Celtics back from a 32-point deficit to beat the San Antonio Spurs 143-140.

He also tied Larry Bird’s franchise record for most points scored in a single game with 60.

“It was a special night,” Tatum said after the game, via ESPN.

“Just being around guys, playing with guys you enjoy being around, and are happy for your success … we all see the hard work each and every one of us put in every day, so that when someone, myself or whoever it is, has a night like that, just to share that moment with them is special. Just to have your teammates be happy for you means everything.”

The Celtics needed every bit of production from Tatum because most of the team’s other stars struggled enormously – Marcus Smart and Jaylen Brown combined to shoot 7-30 from the field.

“I couldn’t throw a rock into the ocean tonight, and JT carried us to a win, man,” Brown said.

“He played hard. He led us tonight.”

Friday night’s miracle may ultimately prove to be the win the Celtics (6th in the Eastern Conference) needed to get their season back on track.

If one thing’s for certain: it’s that Friday night’s game is one no Celtics player will ever forget.