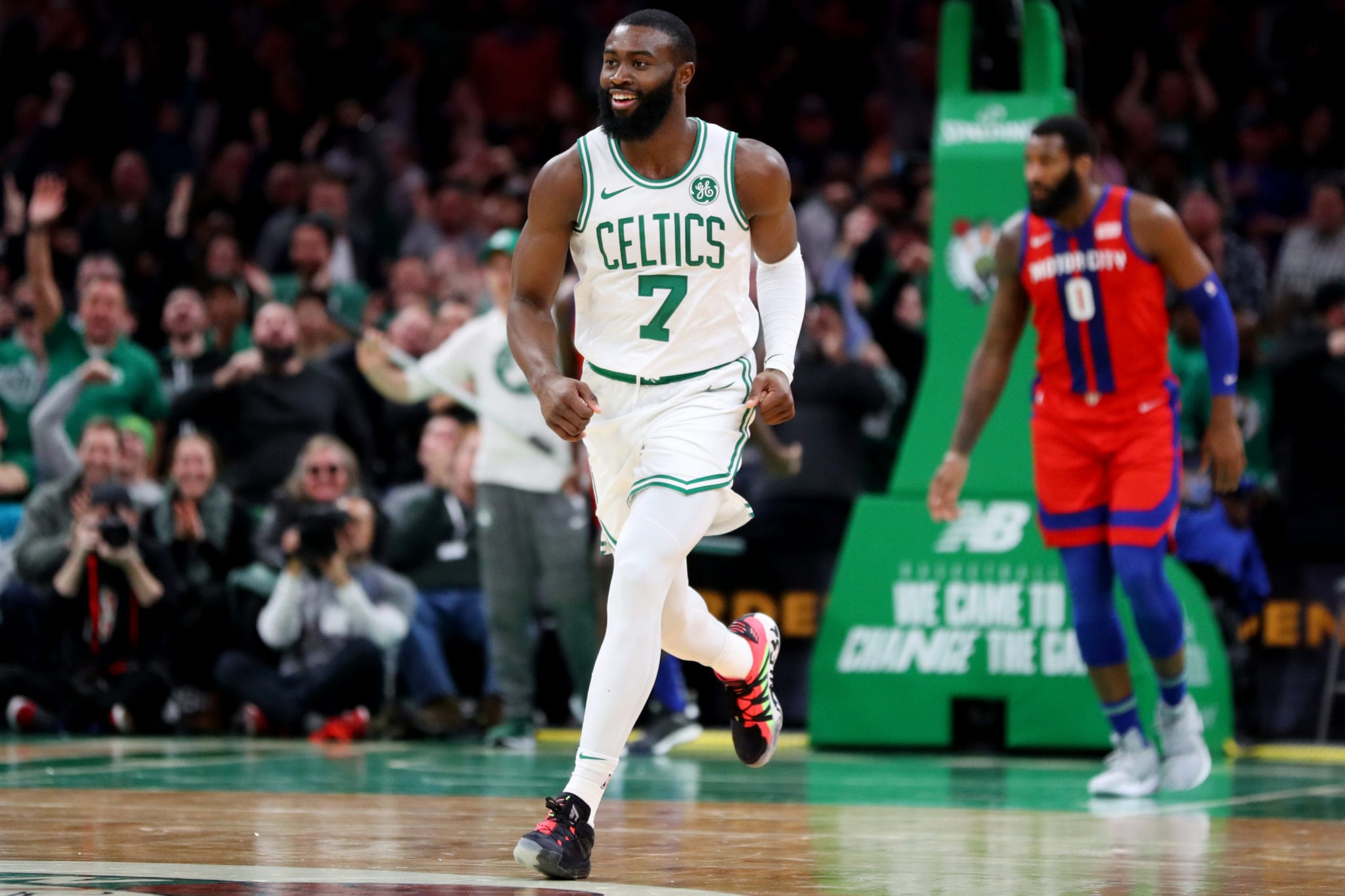 Boston Celtics wing Jaylen Brown has set a new NBA scoring record for most points scored in under 20 minutes played in the shot clock era (est. 1954-1955).

Brown is all but assuredly going to make his first all-star team this year, and if he keeps up this level of play, he’ll likely receive all-NBA honors as well.

The Celtics will look to continue rolling behind Brown’s stellar play Monday at 9PM EST against the Chicago Bulls.