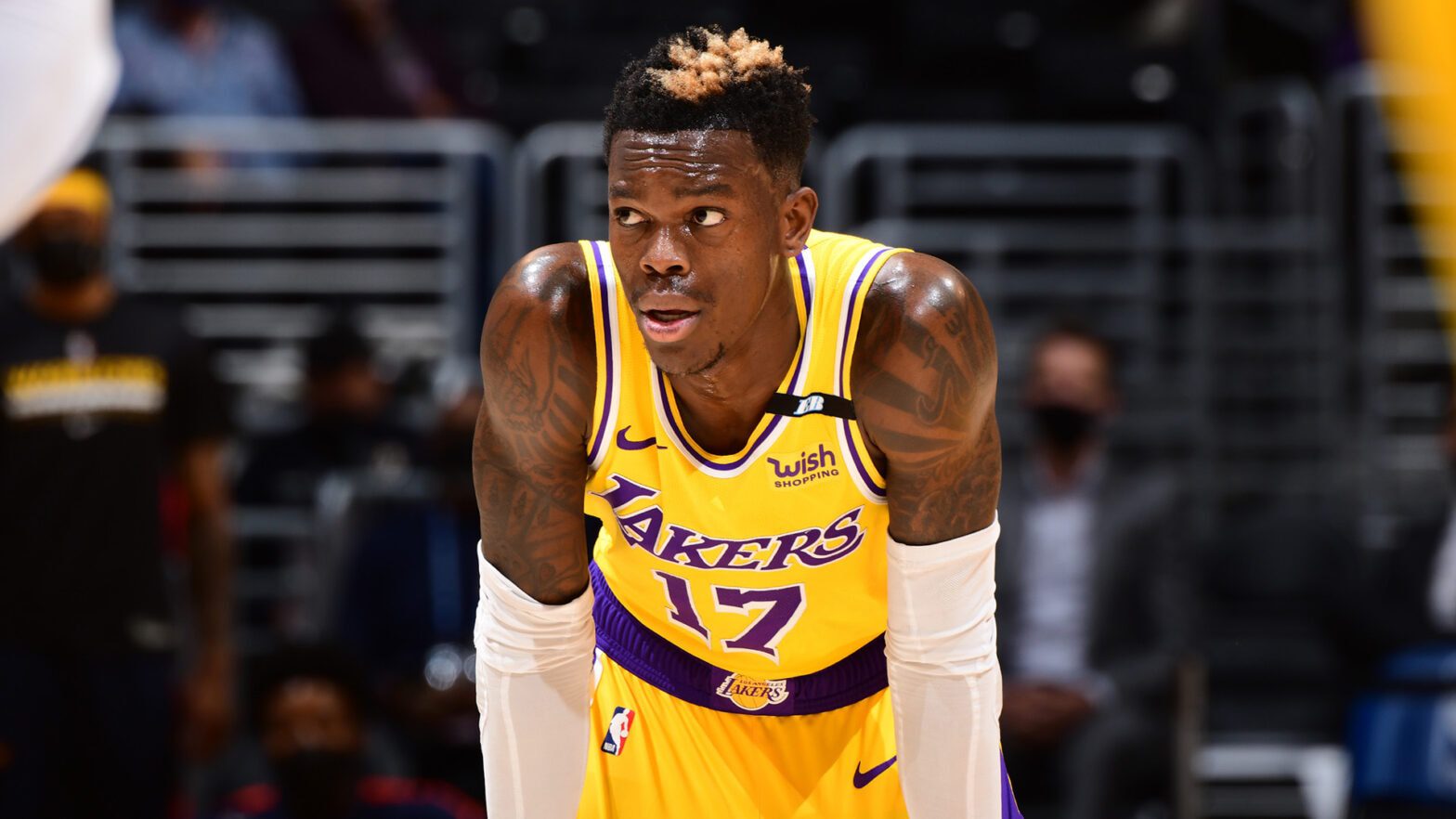 Former Laker Dennis Schröder will be back in the purple and gold this season, finalizing a one-year, $2.64 million deal, according to his agent, Mark Bartelstein.

Schröder spent his first five seasons with Lakers coach Darvin Ham in Atlanta after being the 17th pick in the 2013 Draft.

Ham and GM Pelinka reached out to Schröder to reunite in LA.

“We are extremely pleased to welcome Dennis Schröder back to the Lakers,” said Pelinka in a statement. “Not only do Dennis and Coach Ham share a player-coach history together, but they also reflect one another’s mentality of toughness with an extremely competitive edge. Dennis will add both depth and an on-ball defensive presence to our core at the guard position. He is also a proven scorer and playmaker. We are really excited for Dennis to get to camp and get back to work in L.A. after his highly successful run with his national team this offseason.”

Schröder spent last season with the Boston Celtics and the Houston Rockets after turning down an $84 million extension with the Lakers during the 2020-21 season.

He started well for the Lakers but failed to regain his momentum for the postseason after missing two weeks of play due to COVID-19 health and safety protocols.

Schröder finished the year averaging 15.4 points and shooting 33.5 percent from behind the arc, with 5.8 assists and 3.5 rebounds, and believed he could get more than the team was offering.

He eventually signed a one-year, $5.9 million with the Celtics but was traded to Houston for  Daniel Theis.

The 29-year-old point guard’s signing intensifies speculation that veteran guard Russell Westbrook will be playing somewhere else at the start of the season.