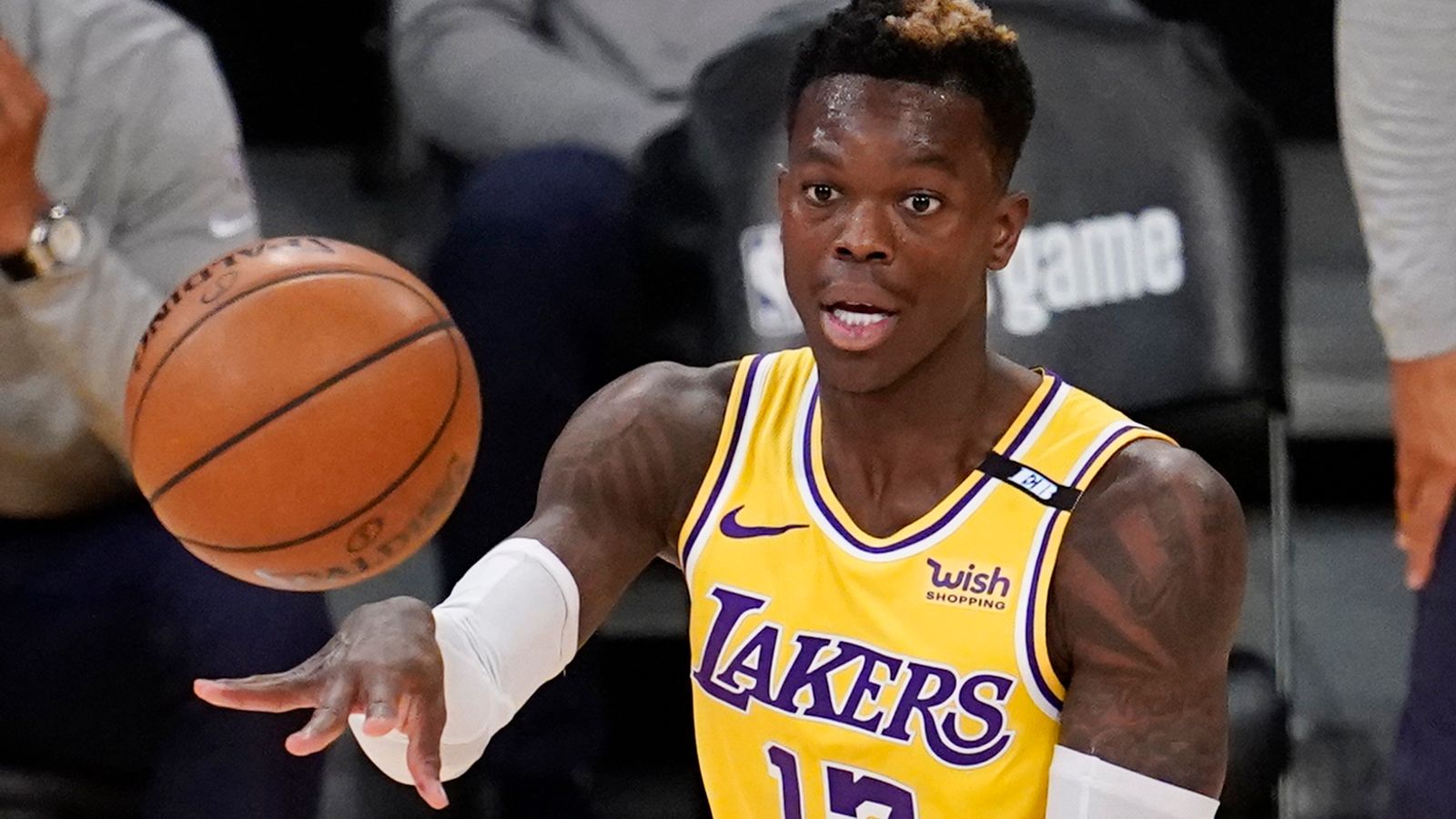 Despite all the jokes, jabs, and memes, Schroder will not go hungry or need a side gig to pay his bills because he didn’t take the Lakers up on their four-year, $84 million contract extension offer.

After a disappointing 2021 playoff performance, the 28-year-old point guard signed up for a much less lucrative one-season, $6 million deal with the Celtics, and he’s just fine with that.

In fact, he’s so good with his situation he reached out via Instagram to let all his haters take one more shot.

“I’m gonna do this ONE time!” Schroder wrote in a caption under a picture of himself posing next to a Bugatti and a Rolls-Royce. “Insert your best “fumbled the bag” joke here.”

Instead of zingers, Schroder received mostly supportive and congratulatory comments, including birthday wishes.

Schröder was traded to the Lakers from the Oklahoma City Thunder during the 2020 Draft in exchange for Danny Green.

The Lakers had high hopes for Schröder, envisioning the eight-year veteran feeding the ball to LeBron James and Anthony Davis en route to another title.

He started well but failed to regain his momentum for the post season after missing two weeks of play due to COVID-19 health and safety protocols.

Schröder finished the year averaging 15.4 points and shooting 33.5 percent from behind the arc, with 5.8 assists and 3.5 rebounds.

The 17th pick in the 2013 NBA Draft,  Schröder takes over the point from the recently departed Kemba Walker.

Boston has suffered multiple disappointing seasons, sparking a rash of changes at the end of the 2020-21 season.

Ime Udoka took over as head coach after Brad Stevens replaced the retiring Danny Ainge as the Celtics President of Basketball Operations.

Plus, in what is becoming an annual coast-to-coast trek, fan-favorite Enes Kanter has once again left the Portland Trailblazers and returned to the Boston bench.