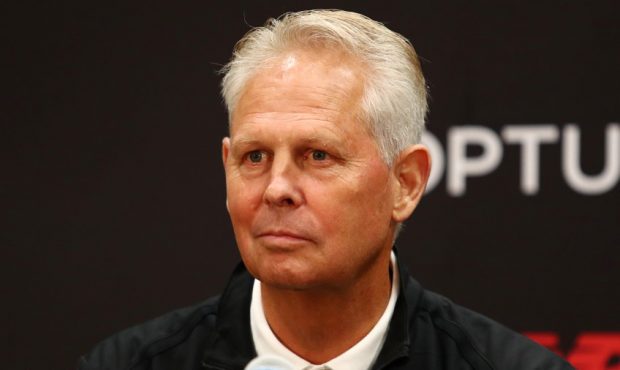 Danny Ainge wasn’t at a loss for words when describing his first impression of the Utah Jazz when he first joined the team last December.

“What I saw during the season was a group of players that really didn’t believe in each other. Like the whole group, I think they liked each other even more than what was reported, but I’m not sure there was a belief,” said Ainge during a news conference on Monday. “When we got to the playoffs, I thought, well, this is a team that has had some disappointing playoffs, so I thought maybe they’re just waiting for the playoffs. I gave them that benefit of the doubt, but it was clear the team didn’t perform well in the playoffs again.”

The Jazz lost to the Dallas Mavericks in the first round of the 2022 Playoffs.

“I think individually they have resolve, but I just don’t believe collectively they did. So you see a lot of players trying to do it on their own as the belief in one another wasn’t as great as teams I’ve been on and around that I’ve seen.”

As a result, Utah traded All-Star player Rudy Gobert to the Minnesota Timberwolves and Donovan Mitchell to the Cleveland Cavaliers for a bunch of players and picks during the offseason.

“Previous results kind of told us who we were,” Zanik said. “It wasn’t just a one-year thing. This was a good three-year period where we won a lot of games and had a lot of success, but we were tapped out from a potential standpoint, and we needed to reset that.”

Gobert and Mitchell had mended their relationship after Gobert’s faux pas during the start of the COVID-19 pandemic, but the Jazz never made it further than the Conference Semifinals.