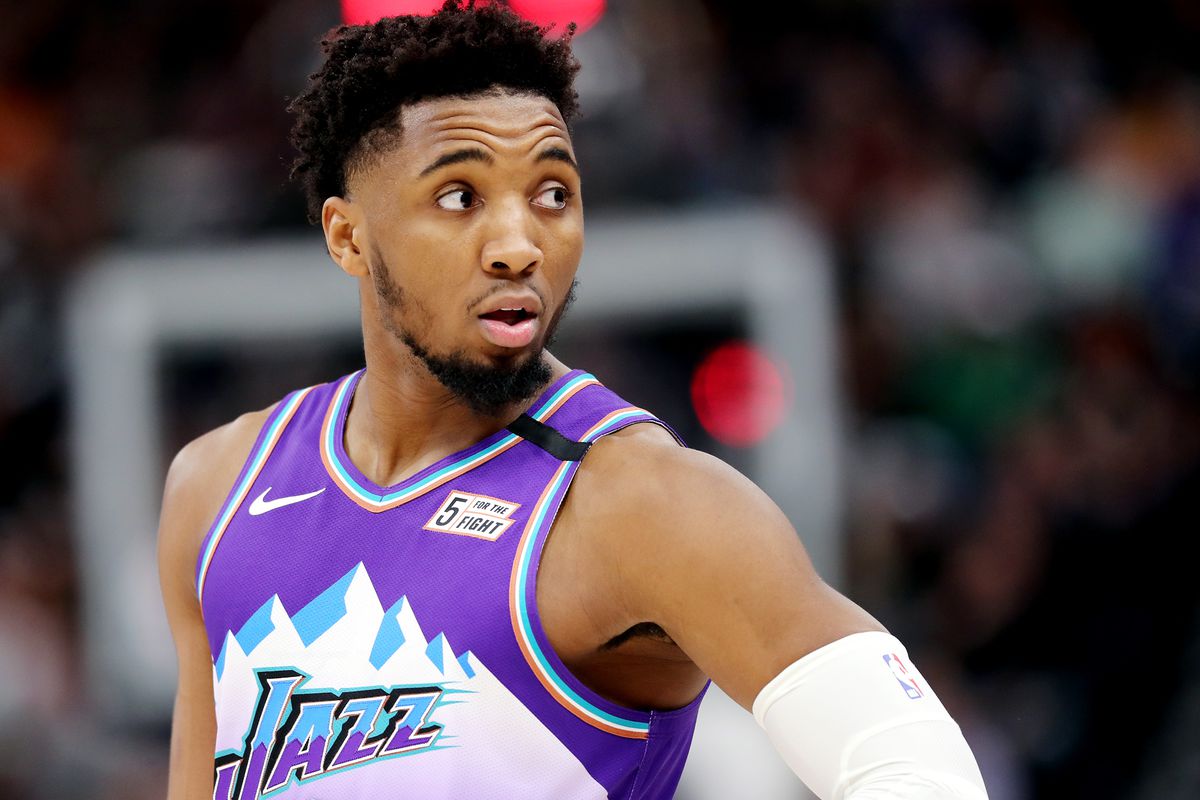 The Utah Jazz trading Donovan Mitchell to the Cavaliers caught the NBA off guard this offseason.

Rumors of the Cavaliers’ interest had circulated, but sources had told various outlets that the Knicks remained the clear frontrunners.

In the wake of the surprise trade, a lot of speculation, and finger-pointing, took place, dissecting what led to Mitchell ending up in wine and gold.

One theory is that the Jazz front office, frustrated with the Knicks executives over things such as showing up to their playoff game, took a lesser offer from the Cavaliers out of spite.

Utah executives are shooting that one down, ESPN’s Zach Lowe said on the Lowe Post Podcast with Ian Begley (hat tip Real GM).

“I’ve seen some reports, forgive me I can’t remember who said ‘Well, the Jazz were upset Donovan Mitchell maybe wasn’t all-in forever with Utah and as punishment we’ll send him to a place he doesn’t want to go do,’” said Zach Lowe on his podcast.

“Emotions can play into this. I’ve been assured by the Utah side that ‘No, look, we’re mature people. Yes, we were upset with particularly the Mavs’ game incident, but we’re not going to make decisions based on those kind of things that now happened four months ago or whatever. We’ve made the best deal possible.’”

Never say never, but smart and veteran executives work to keep emotions out of most decisions.

The NBA is a cold, hard business at times, and a lead executive will have moments where logic and what is best for the team will overrule that emotion.

It’s debatable if Ainge and the Jazz made the right call, would you rather have two unprotected picks from a Knicks franchise that has been turbulent in recent decades, or three from a Cavaliers team now set up with a strong young core that could be a force for five years or longer?

The same applies to the pick swaps, between the Knicks and Cavaliers, which team is likely to finish with a worse record than the Jazz in four or six years?

The Utah Jazz made their call and went for the volume of picks farther out.

It will be years before we know if that was the right call.

But it was not one made out of spite.