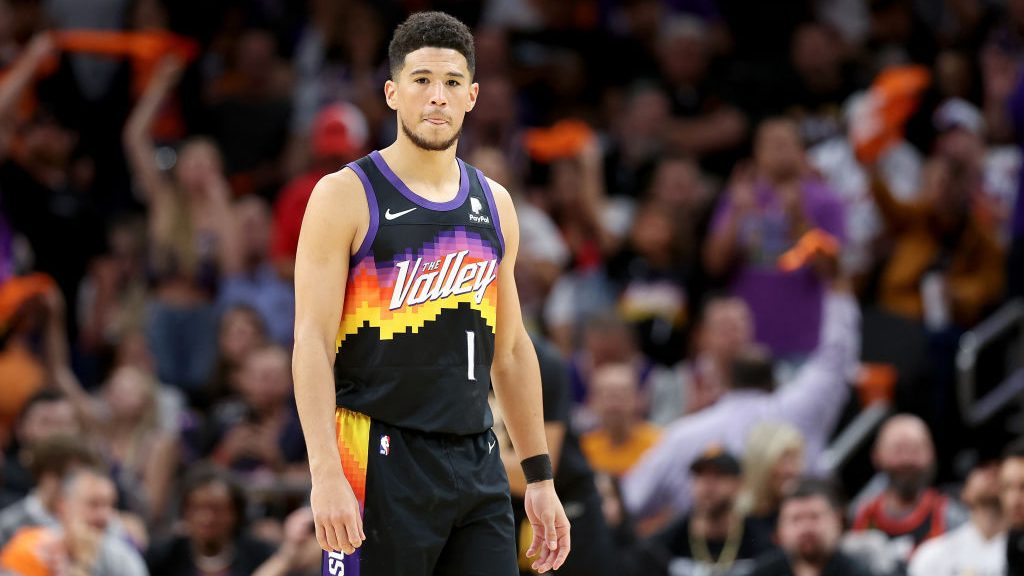 Not only did the Phoenix Suns lose Game 2 to the Pelicans 125-114 Tuesday night, but they also lost star guard Devin Booker, who left the game during the third quarter with a hamstring injury.

Booker was having a career night, scoring 31 points in the first half and even taking a moment to fistbump a baby in the crowd, but at the 4:48 mark in the third quarter, his epic performance came to a screeching halt.

The three-time All-Star was chasing down Pelican Jaxon Hayes on a fast break dunk when he came up hobbling.

Booker will undergo testing Wednesday to determine the severity of and treatment for his injury.

“It is what it is. Part of the game,” Suns guard Chris Paul said of Booker’s injury during postgame comments. “Our guys are more than capable of stepping up.”

“We’ve played without Chris [Paul] and Book before. If we have to play without Book, next man up. We’ve done that all year long,” Suns’ coach Monty Williams said following the game.

Still, Williams pointed out the team’s transition defense was a key reason for their loss.

“For that to happen in a playoff game was a bit unsettling for everybody. Our guys have to understand that this team is going to play hard every possession, and we saw it in the third quarter,” said Williams. “But that was the change in my eyes.”

Paul said the Suns’ defense was “spotty” and agreed with Williams that the Suns had to get back quicker.

The Pels Brandon Ingram fished as the game’s leading scorer with 37 points along with 11 rebounds and nine assists for a near triple-double.

“He showed tonight how great he is,” teammate CJ McCollum said of Ingram after the game.”

The series shifts to Smoothie King Center for Games 4 and 5 this weekend.