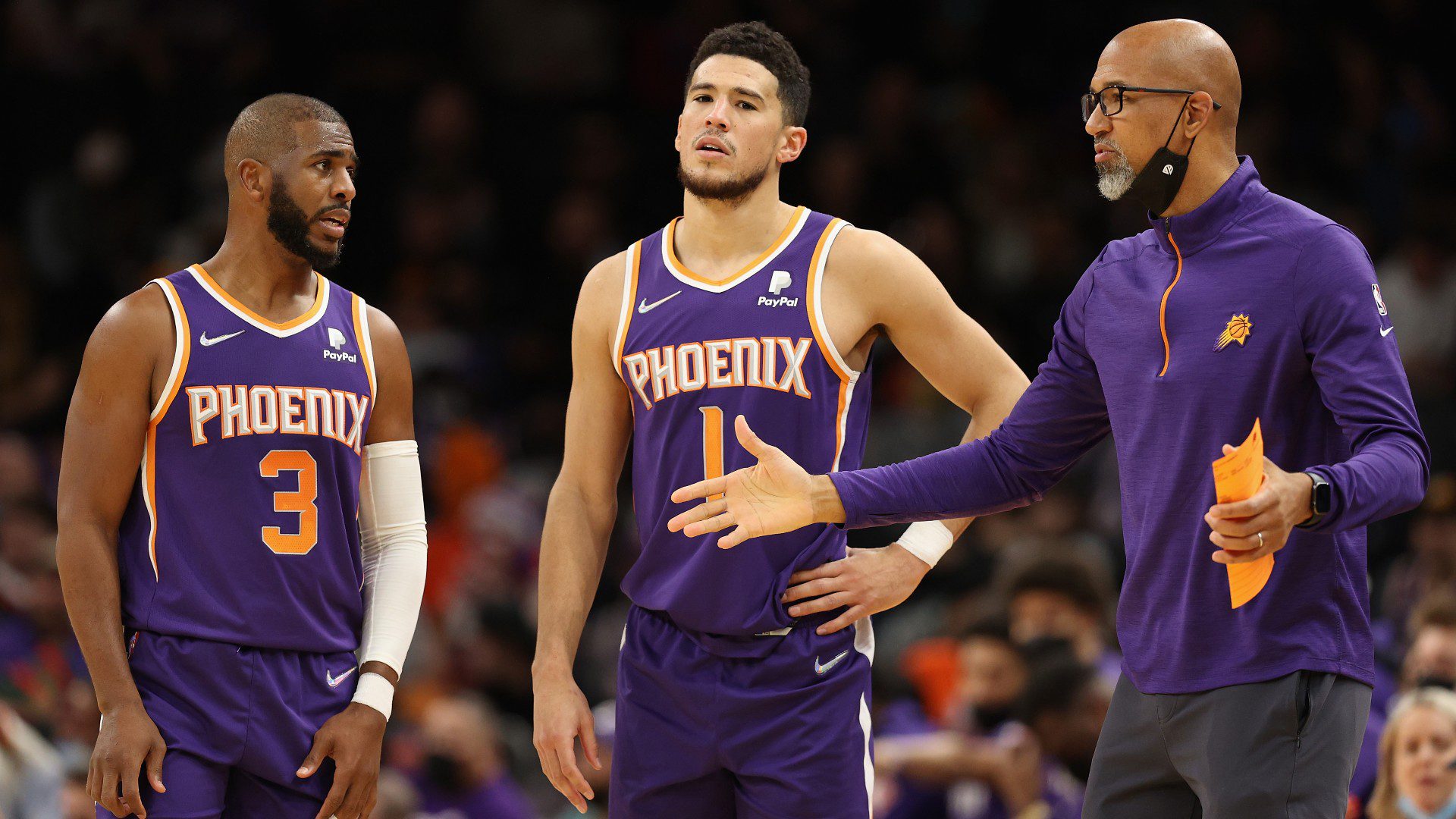 The Phoenix Suns clinched the top seed in the Western Conference Thursday night on the back of star Devin Booker’s 49 points.

“I think getting Chris [Paul] back tonight gave us a ton of confidence,” Suns’ head coach Monty Williams said after the game, via ESPN.

“And Book having one of the best performances I’ve seen him have since I’ve been here .. the fact that he’s not in the MVP conversation is just somewhat silly.”

However, the Suns are a well-oiled machine – so much so that many ascribe their success to the synergetic play of Booker, guard Chris Paul, center Deandre Ayton, forwards Mikal Bridges and Cameron Johnson, among others, rather than any one player.

Booker does deserve recognition for his efficient play.

Chances are, Booker will be rewarded with an All-NBA selection.

But the MVP-race is too crowded with Nikola Jokic, Giannis Antetokounmpo, and Joel Embiid all posting gargantuan numbers.

Fair or not, Booker will have to settle with the best record in the NBA for the 2021-22 season.