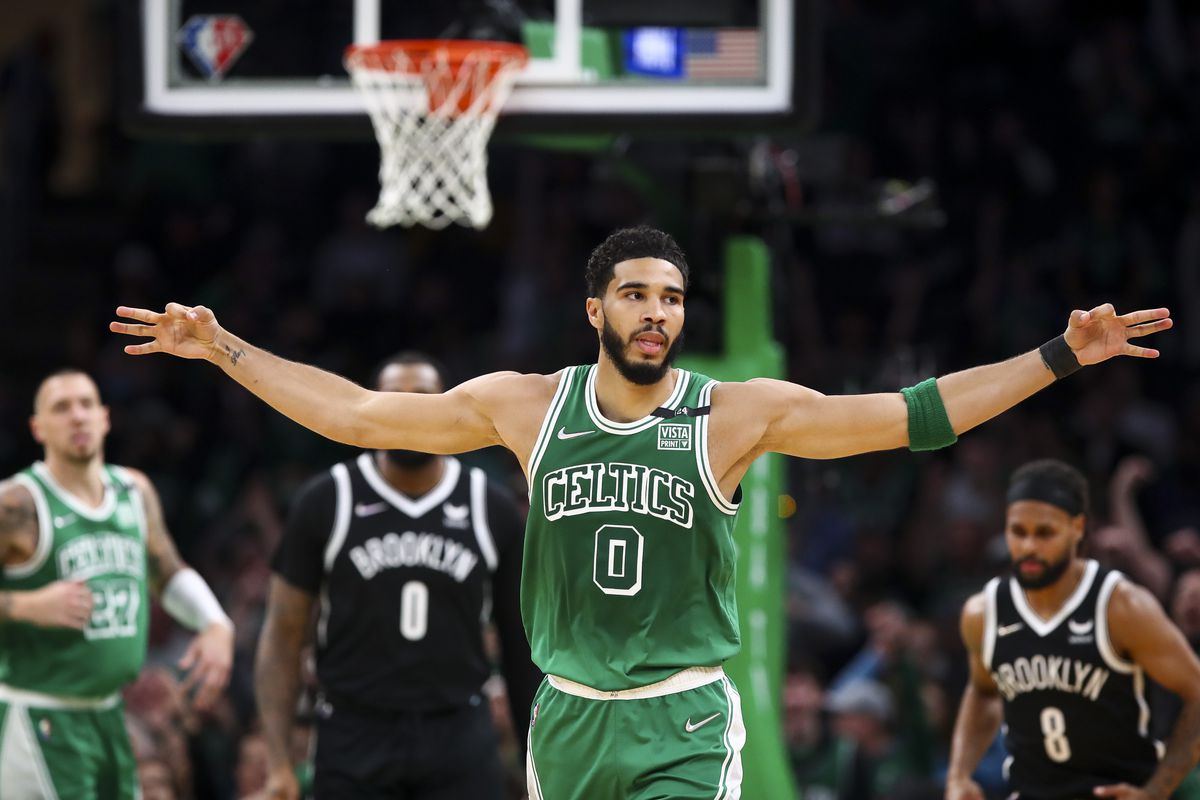 Jayson Tatum scored 54 points in a 126-120 win over the Brooklyn Nets, tying Boston legend Larry Bird for the Celtic with the most 50-point games.

Tatum, who just celebrated his 24th birthday three days ago, recorded his fourth 50-point game equaling Larry Legend, who had his in his 11th season when he was almost 33 years old.

“This is what I dreamed about as a kid, and I waited my whole life to get to,” Tatum said following the game. “Obviously, I have a long way to go, a long way to what I’m trying to accomplish, but [I’m] staying in the moment and just enjoying it. Having fun doing what I love every day.”

What do you do after tying Larry Bird for 50 points games with the Celtics? Go hug mom @jaytatum0 ♥️ pic.twitter.com/Rq7qyr1iMW

Tatum and Bird are the only Celtics to have multiple 50-point games.

Jaylen Brown, Paul Pierce, Isaiah Thomas, Kevin McHale, and Sam Jones all had one 50-point game while playing in Beantown, per NBC Sports.

It was Tatum’s second-highest point total for a game.

He scored a career-high 60 points against the San Antonio Spurs in overtime in April 2021.

Still, Sunday’s performance had fans and the Nets shaking their heads as the three-time All-Star shot 16 for 30 and eight for 15 from behind the arc in just over 41 minutes of play.

“Just getting those open looks and seeing them go in, it just opens everything up for us. Cause we know how tough we can be on defense, and when we kind of match that you know energy on offense, we’re really going to be special,” said Tatum.

Kevin Durant, in his second game back from injury, led the visiting Nets with 37 points.

The win put the Celtics in the fifth spot in the Eastern Conference at 39-27, just 4.5 games behind the first-place Miami Heatanda game and a half in front of the Cleveland Cavaliers.

Next up for the surging Celtics are the Charlotte Hornets Wednesday at the Spectrum Center.