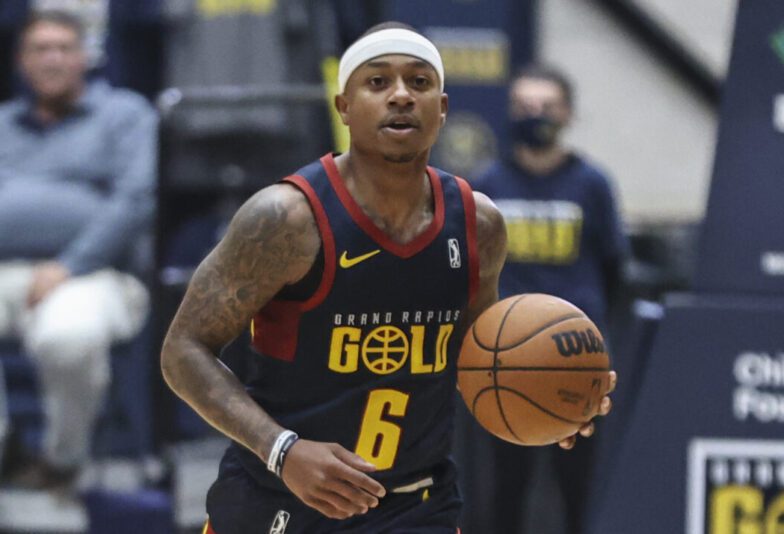 Veteran guard Isaiah Thomas, who returned to the NBA this season with brief stints in LA and Dallas, is reportedly signing a 10-day deal with the Charlotte Hornets, per Adrian Wojnarowski.

The 10-year veteran is expected to join the Hornets after their game against Cleveland Wednesday and provide some needed depth to the point guard position.

Thomas, 33, was playing for Denver’s G League team, the Grand Rapids Gold, and racked up some impressive stats in just three games.

The two-time All-Star averaged 41.3 points on 52.1 percent shooting from the floor and 42.5 percent from behind the arc.

Thomas has been one of the feel-good stories of the seasons, fighting his way back into the league after sitting out most of the last two seasons.

The five-foot-nine guard out of Tacoma, Washington, was the 60th and final pick of the 2011 Draft by the Sacramento Kings and was a two-time  All-Star with the Boston Celtics during the 2015-16 and 2016-17 seasons before suffering a hip injury.

Thomas played for several teams after his injury, but he never achieved the same level of success he had in Boston.

Charlotte can use all the help they can get.

After a great start, the Hornets have struggled this season and are 2-8 their last 10 games putting them ninth in the Eastern Conference at 30-33.