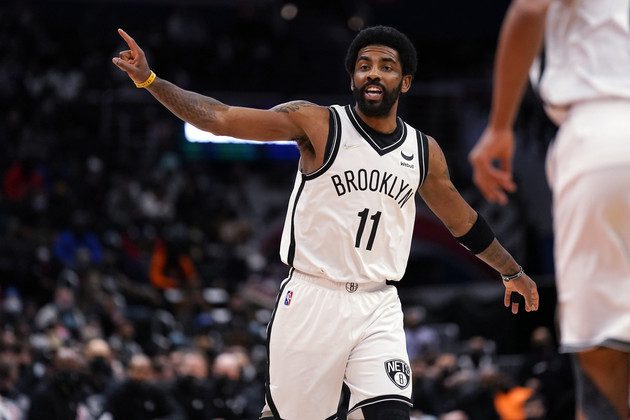 The Brooklyn Nets’ title hopes just got a little brighter after New York City Mayor Eric Adams said he “can’t wait” to revise the city’s mask and vaccine mandate and that changes could be coming “in the next few weeks,”  during a press conference Wednesday.

“I look forward in the next few weeks of going to a real transformation that I don’t have to wonder what you look like. I would know what you look like again,” said Mayor Adams. “And so we are moving in the right direction, we’re going to do it in a safe way.”

Adams’ comments were a huge boost to the Nets and unvaccinated guard Kyrie Irving, who has only been available for away games this season.

Brooklyn has struggled in the absence of an injured Kevin Durant, the lackadaisical play of former teammate James Harden, and Irving’s status.

Still, both Irving and the Nets have been hoping he would eventually be able to play full time.

“Yeah, I have to be optimistic, like everybody here. We all know what’s at stake here. If you turn on CNN or BBC or Fox or whatever your flavor is, you see how everything’s changing, right?” Marks said. “We’re starting to see a sense of normality getting back to life. … Vaccine rates are obviously high. So I am optimistic. I have to be optimistic. I think that’s the only way to look at this,” per the New York Post.

Irving was very enthusiastic about the Nets’ prospects during a Twitch stream Monday.

With the end of vaccine mandates on the horizon and new teammates Ben Simmons and Goran Dragic, the Nets are suddenly looking like contenders again.