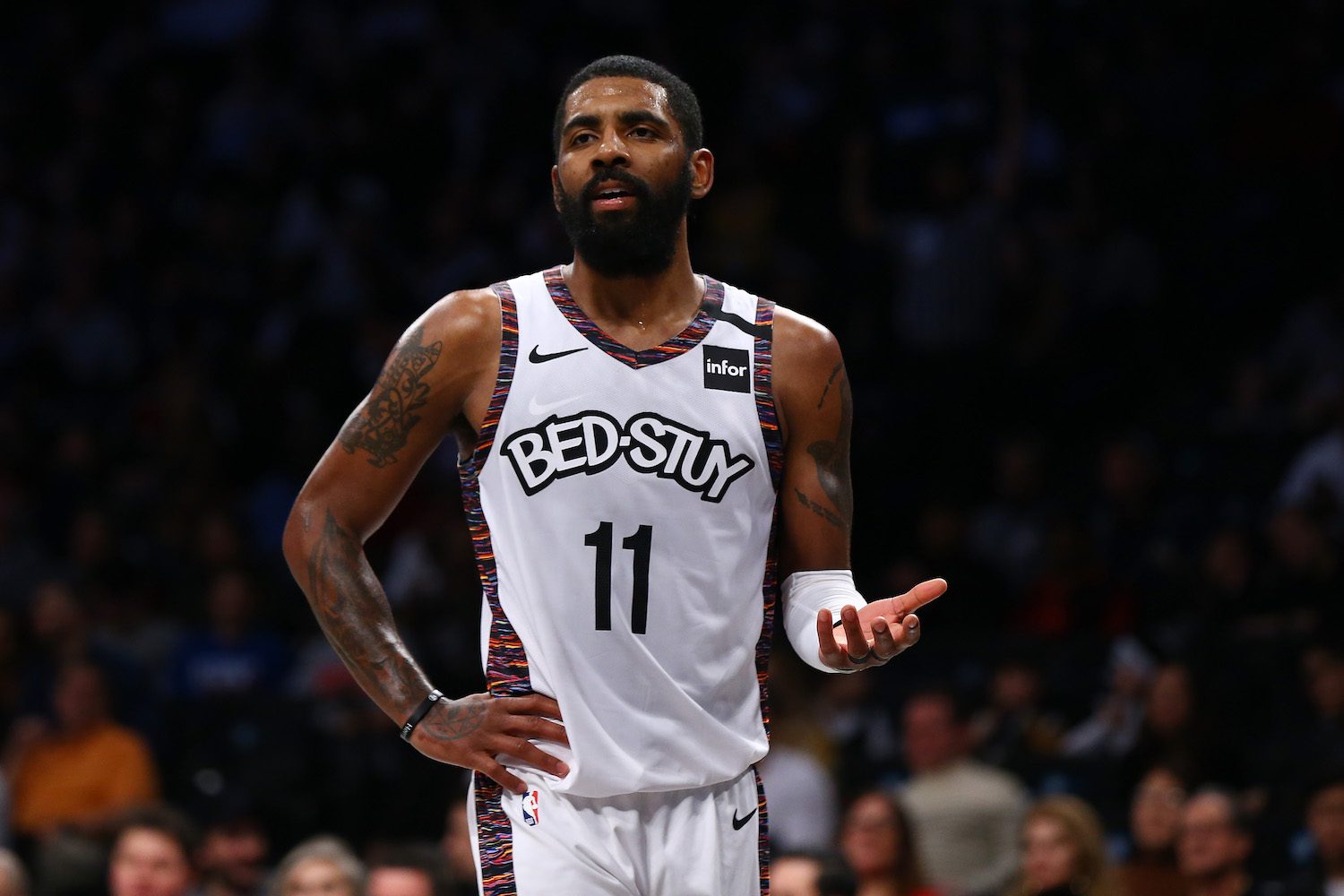 Despite Kevin Durant spraining his MCL and the Brooklyn Nets now depending more on guard Kyrie Irving, the seven-time All-Star has no plans on getting vaccinated.

Irving will remain a part-time player as per a New York City rule; he cannot play at Barclays Center without proof of vaccination.

After the Nets 114-107 loss to the Cleveland Cavaliers, Irving reiterated his stance.

“I’ve made my decision already and I’m standing on it,” Irving said, via Nets Daily’s Matt Brooks.

Kyrie Irving gave a very long answer about his vaccination status, but he ended with:

"I've made my decision already and I'm standing on it."

Irving, who remains one of the few NBA holdouts for the COVID-19 vaccine, made his season debut with the Nets earlier this month after the team reversed course and allowed him to play part-time.

He has not given a specific reason why he won’t get vaccinated, other than citing he wants to be a “voice for the voiceless.”

He made similar claims in a long-winded answer on Monday and said that he is “not bringing science into the basketball game.”

The meaning behind those comments is unclear, as the only science Irving would be introducing is being at a much lower risk of contracting the virus and spreading it to others.

He would also be eligible to play all games and develop needed chemistry with his teammates.

“I stay rooted in my decision,” he said, via NBC Sports.

“That’s just what it is. It’s not going to be swayed by one thing in this NBA life that is somehow brought to my attention as being more important than what’s going on in the real world. It’s just not happening for me.”

With Kyrie Irving not willing to get vaccinated, the Nets will have trouble over the next month or more.

Durant sprained the MCL in his left knee in Saturday’s 120-105 win against the New Orleans Pelicans.

Though the team didn’t announce how severe that sprain was or how long he’d be gone, ESPN’s Adrian Wojnarowski reported that Durant is going to miss four-to-six weeks at least, and the earliest the Nets can expect Durant back is after the All-Star Game next month.

Luckily for the Nets, 11 of their next 16 games will be on the road, meaning Irving will be available.

Head coach Steve Nash would love to run his three All-Stars, but he’s not counting on it.

“If they get a bunch of games together, great. If they don’t, they don’t,” Nash said Monday, via ESPN.

“And we’ll be playing the cards we’re dealt so it’s a little bit out of our hands. We just have to do the best we can. We can’t cry about it. We can’t feel sorry for ourselves.”