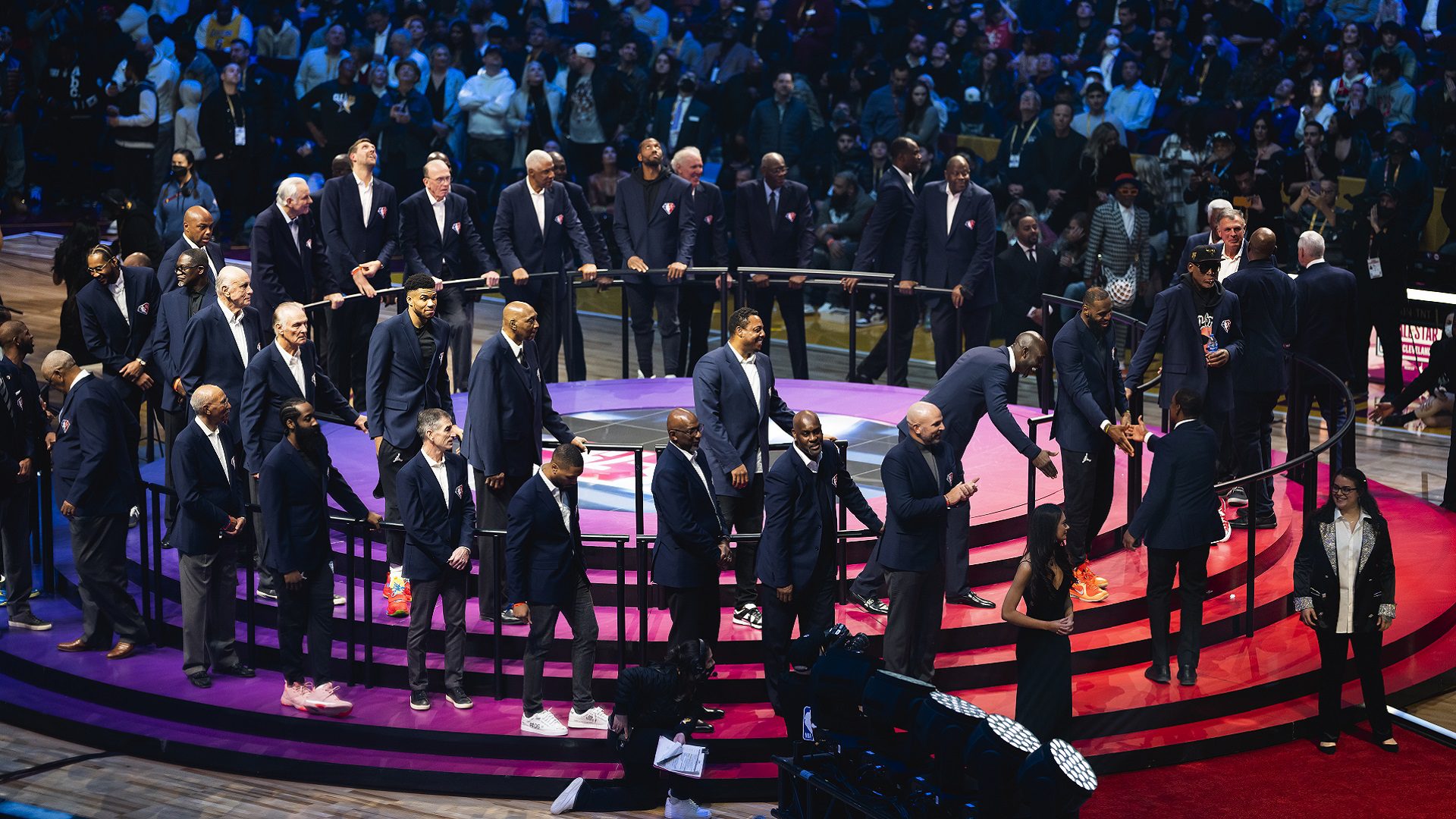 Players walked the red carpet onto the Rocket Mortgage FieldHouse according to position (forwards, centers, and guards) during halftime of the All-StarGame.

Forty-five of the 76 players voted to the 75th Anniversary team were in attendance, with Michael Jordan pulling double duty attending the Daytona 500 earlier in the day.

LeBron James, who would hit the All-Star game-winning shot for his team, cherished a chance to connect with former greats.

“To be a part of the 75 greatest basketball players to ever play, it just takes me back to my childhood once again growing up in Spring Hill and having all my inspirations taped on my wall, Allen Iverson and Jason Kidd, Gary Payton, Michael Jordan, Magic Johnson, Oscar Robertson,” James said. “To see those guys today and then be on stage with those guys. You guys don’t understand. I’m trying to make you understand as much as I can, but it’s just crazy.”

What a collection of NBA LEGENDS!! #NBA75

“It’s a great honor. I’m very appreciative of the fact that I am included,” said 11-time All-Star Bob Pettit at the National Retired Basketball Players Legends media availability, per NBA.com. “Anybody who says it isn’t nice to be included is lying. It means a lot to me, and it means a lot to my family. It reminds me that I was pretty good after all.”

“To be a part of the 50, you’re thinking, ‘Wow, that’s really a special situation,’ ” said 12-time All-Star Elvin Hayes. “But 75 comes along and you have all the great players you played against and you didn’t play against. ‘Hey, you really have arrived.’ ”

“It’s a testament to the longevity of the NBA and just the evolution of the game itself,” said Shawn Marion, former Phoenix Suns All-Star and member of the NBRPA “Legends” board of directors.

Another former member of the purple and gold, Kareem Abdul-Jabbar was honored with the 2022 Legends Social Justice Award.