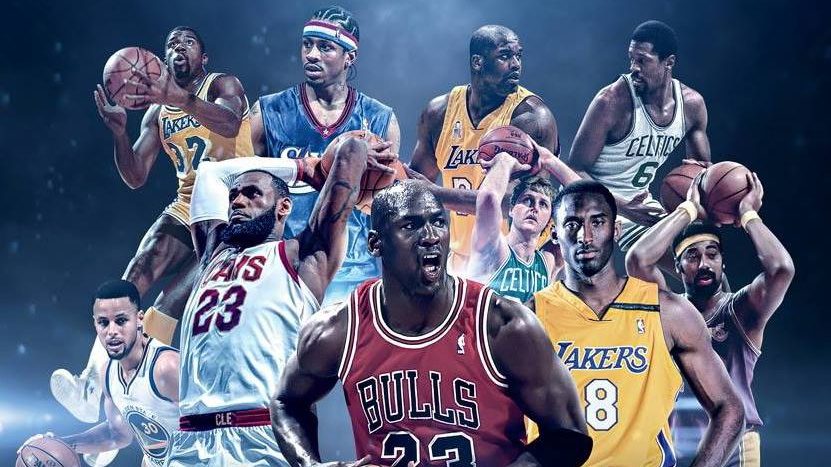 The NBA is preparing to announce its 75th Anniversary Team, the 75 greatest players in league history.

The festivities will get started opening night on Tuesday October 19 when the first 25 players are announced, representing a cross-section of eras, positions and playing styles.

TNT’s crew of Ernie Johnson, Charles Barkley, Shaquille O’Neal, and Kenny Smith will get things started with a special 90-minute edition of NBA Tip-Off, before the Milwaukee Bucks and Brooklyn Nets tip-off, with the Golden State Warriors and Los Angeles Lakers to follow.

Twenty-five more names will be announced Wednesday October 20, on ESPN’s NBA Today before the network’s season-opening doubleheader with the Boston Celtics facing the New York Knicks and the Denver Nuggets up against the Phoenix Suns.

The final 25 will be announced on Thursday October 21 back on TNT’s NBA Tip-Off”, before the Dallas Mavericks take on the Atlanta Hawks, followed by the LA Clippers against the Warriors.

A “blue-ribbon” panel of media and current and former players, coaches, general managers, and team executives chose the players.

“The 2021-22 season will be truly special as we celebrate 75 years of NBA basketball,” NBA Commissioner Adam Silver said. “We look forward to honoring the players and teams—both past and present—who have inspired generations of fans around the world.”

The anniversary team, along with a 75th logo and diamond-embellished jersey details, with new Classic Edition and City Edition uniforms for every team, are just some of the ways the league plans to celebrate its 75th year.

The NBA celebrated its 50th anniversary during the 1996-97 season, back when Kobe Bryant played his first year in the league and Michael Jordan won his fourth title.