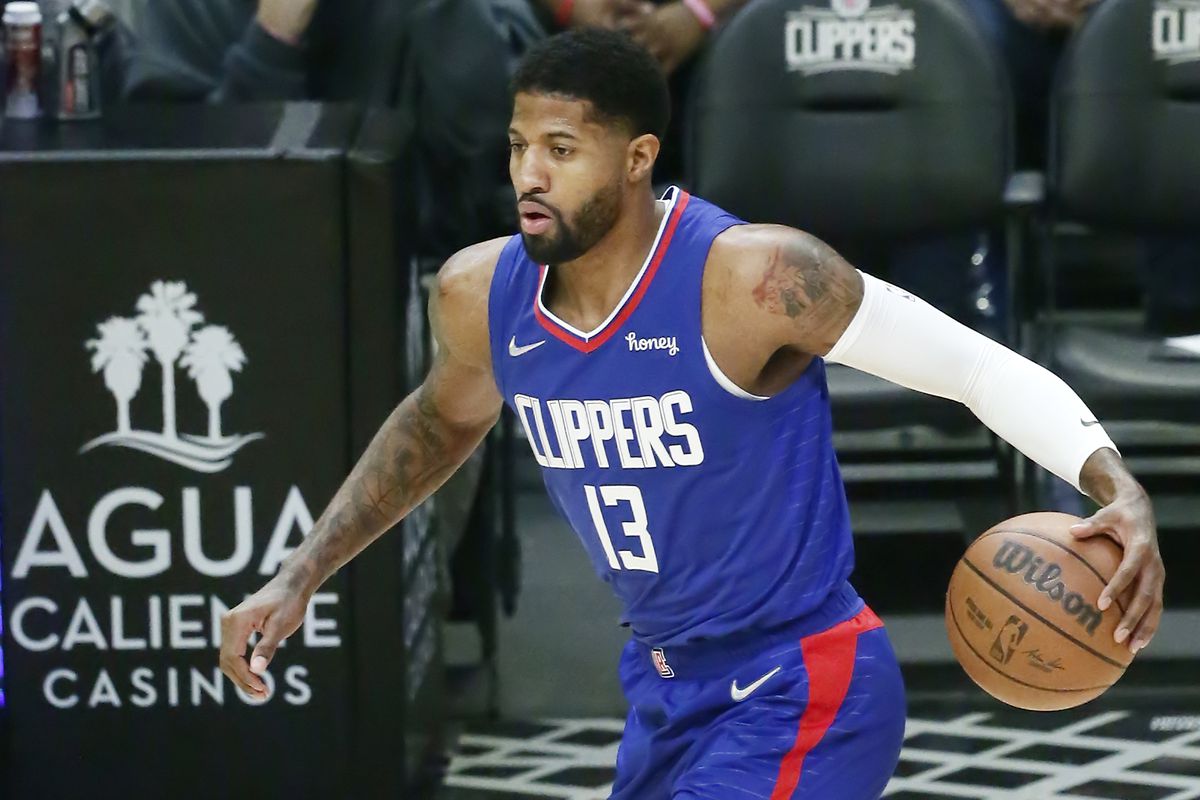 Paul George and Kawhi Leonard were spotted at SoFi Stadium cheering on the Rams Sunday, but don’t expect either of the LA Clippers to be suited up and back on the court anytime soon.

“Plan continues to be to evaluate how Paul George’s right elbow responds to rest over next few weeks,” Tweeted ESPN’s Adrian Wojnarowski on George’s recovery.

The seven-time All-Star tore the ulnar collateral ligament in his right shooting elbow against the Portland Trail Blazers on December 5.

He took five games off before returning against the San Antonio Spurs on December 20, but two days later, after scoring 17 points against the Sacramento Kings, the team decided to sit him out an additional three to four weeks.

The Clippers were favorites to win the title during the 2019-20 season after Leonard and George joined the team, but they fell to Denver in the Orlando Bubble playoffs and the eventual Western Conference Champion Suns in 2021 after Leonard tore his ACL.

Leonard has not returned to play since, though the team is hopeful he could come back before the end of the 2021-22 season.

The Clippers have gone 5-8 since George was pulled from the lineup and are 22-23 for ninth place in the Western Conference.

LA starts a 13-day, nine-game road trip tonight in Denver, their longest road trip since 2005, which could prove pivotal in their post-season hopes.

Matchups against the Sixers, Heat, and Hornets will be a good gauge for how good the team’s chances are to make and move through the playoffs this spring.

Coach Tyrone Lue will have to make do with a rotation that has been decimated by injuries and COVID-19 health and safety protocols, while George and Leonard will continue to find ways to bide their time, such as rooting on the hometown Rams during their playoff win against the Cardinals.