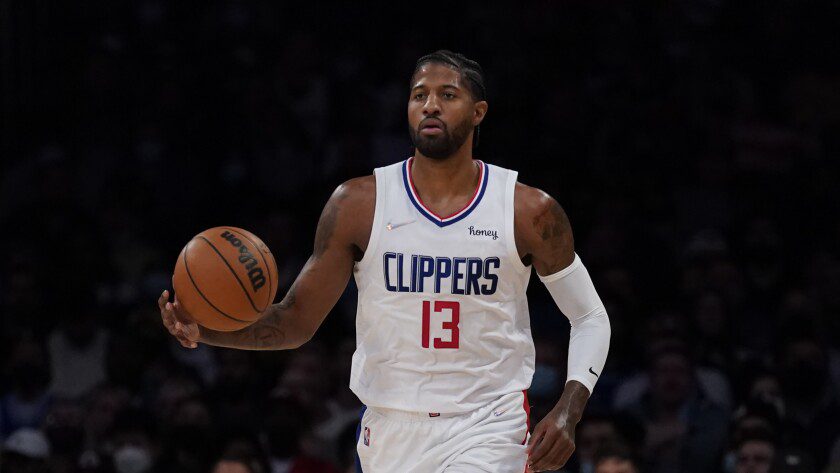 The Los Angeles Clippers’ Paul George is out 3-4 weeks with a torn ulnar collateral ligament in his right elbow, per ESPN’s Adrian Wojnarowski.

The team made the announcement Saturday and did not give a specific timetable for George’s recovery.

Los Angeles Clippers All-Star F Paul George has a torn ligament in his right elbow and will be re-evaluated in 3-to-4 weeks, sources tell ESPN.

George is averaging 24.7 points, 7.1 rebounds, and 5.5 assists per game this season as the team waits for Kawhi Leonard to rejoin the lineup.

Leonard is still recovering from a partial ACL tear suffered against the Utah Jazz in the second round of the 2021 playoffs.

The Clippers are 17-15 and in fifth place in the Western Conference.

George, a seven-time All-Star, injured his elbow during the Clips’ December 5 game against the Portland Trail Blazers and took five games off before returning against the San Antonio Spurs.

“It took some hits today, couple stingers,” George said after the Clippers lost to the Spurs, per ESPN. “We’ll see how it feels tomorrow, not sure it will be sore or not.”

George, the tenth pick in the 2010 draft, is in his third season with the Clippers after playing two seasons in Oklahoma City and his first seven seasons with the Indiana Pacers.

The Clippers were favorites to win the title during the 2019-20 season after Leonard and George joined the team, but they fell to Denver in the Orlando Bubble playoffs and to the eventual Western Conference Champion Suns in 2021 after Leonard tore his ACL.