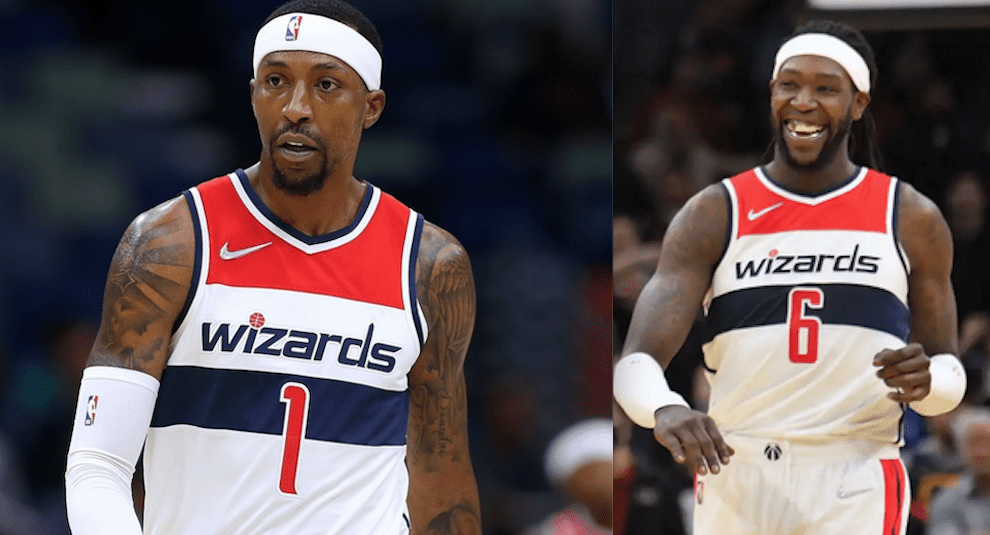 Things got ugly at Capital One Arena Tuesday night, and it wasn’t just the Wizards’ performance on the court in a 122-118 win against the visiting Oklahoma City Thunder.

Guard Kentavious Caldwell-Pope and center Montrezl Harrell exchanged heated words and missed blows at the end of the first half, per Shams Charania of The Athletic.

Teammates broke up the fight, which reportedly started because Harrell was angry Caldwell-Pope didn’t pass him the ball at the end of the first half.

Caldwell-Pope and Harrell began “jawing” at each other as they walked to the locker room and “took swings” though neither connected.

KCP would hit the game-winner, a 3-pointer off the glass with :32 left in the fourth quarter.

The six-foot-five guard finished the night with 16 points, 3 rebounds, and 3 assists in 30 minutes of play.

Harrell had 12 points and 7 rebounds in 24 minutes of play.

KCP and Harrell were teammates on the Los Angeles Lakers before being traded to Washington with Kyle Kuzma for Russell Westbrook.

The incident between the two Wizards isn’t unheard of in the NBA, and it didn’t come close to the Wizards’ Gilbert Arenas-Javaris Crittenton dustup in December 2009 when both players brought guns to practice after a disagreement over a bet.

The 21-20 Wizards will try to keep their two-game winning streak going against the 7-34 Orlando Magic Wednesday night.