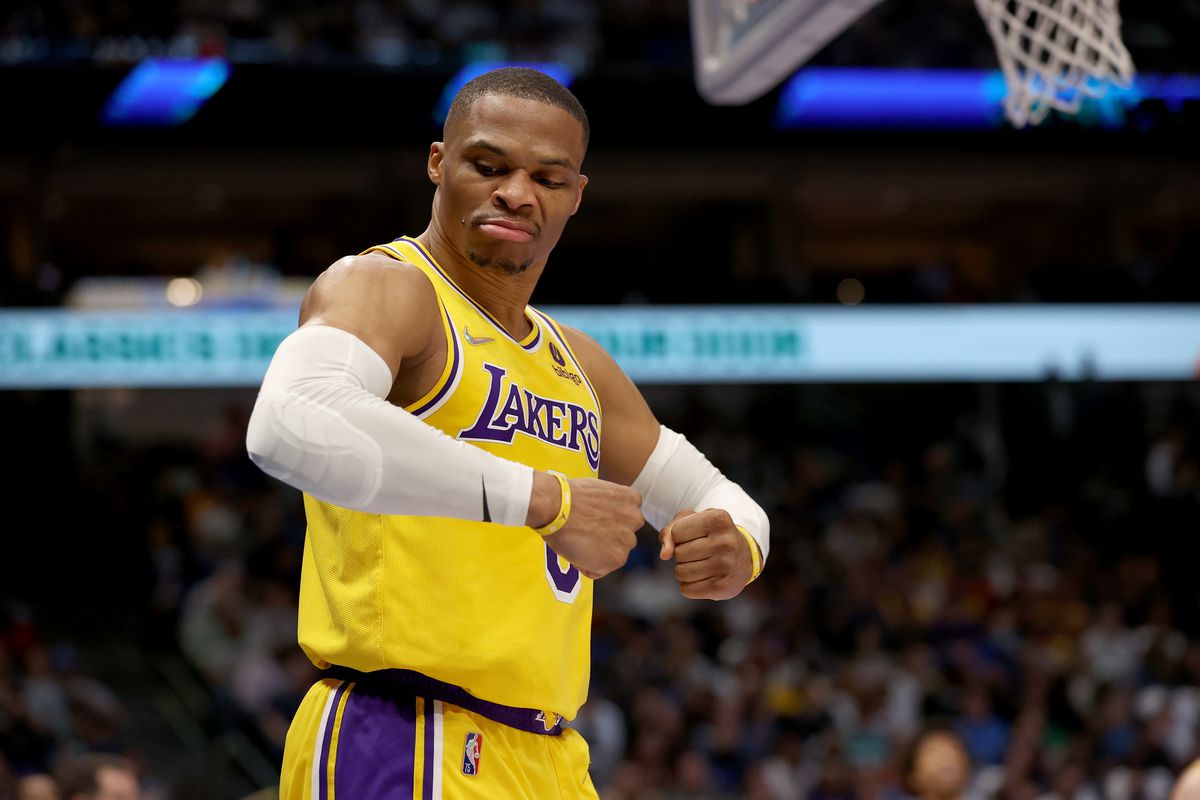 As if  Lakers’ guard Russell Westbrook wasn’t getting enough criticism from fans and the media, fellow hooper Karl-Anthony Towns called out the all-time leader in triple-doubles for chasing stats.

“He definitely gets stats,” Towns said. “He chases stats. But I think he’s a hell of a player, though. I don’t care what anyone says — you know how hard it is to get a triple-double? You know how hard it is? And he play hella hard. I just think that sometimes he plays too quick. He tries to do too much.”

Westbrook, with 189 triple-doubles, became the all-time leader in that category this season when he passed Oscar Robertson, now in second place with 181.

It didn’t take long for another player, the Warriors’ Draymond Green, to speak up for Westbrook.

“I once watched from the bench due to us beating the Twolves ass and he [Towns] was in the game down 20 with 2 mins to go.” Green posted. “Come on man. Stop talking to people about the “bros” and yelling this is a “brotherhood”. SMH.”

Draymond calls out KAT over his comments about Russell Westbrook 👀 pic.twitter.com/JXXDqHGfHu

Towns was quick to reply to Green, but Westbrook is known for putting up numbers as oppose to wins.

The 13-year-veteran has struggled to fit in with the Lakers since joining the team and has become the scapegoat for their 16-18 record.

When asked about trying to fit in the Lakers’ system better, Westbrook had a frank response.

“At this point, I just do what I can for the betterment of the team,” said Westbrook. “Honestly, I’m over it the whole situation of what everybody else want me to do. What they think I should be doing, and I’m gonna go out and just play and do what I know how to do best and that’s compete my ass off.”