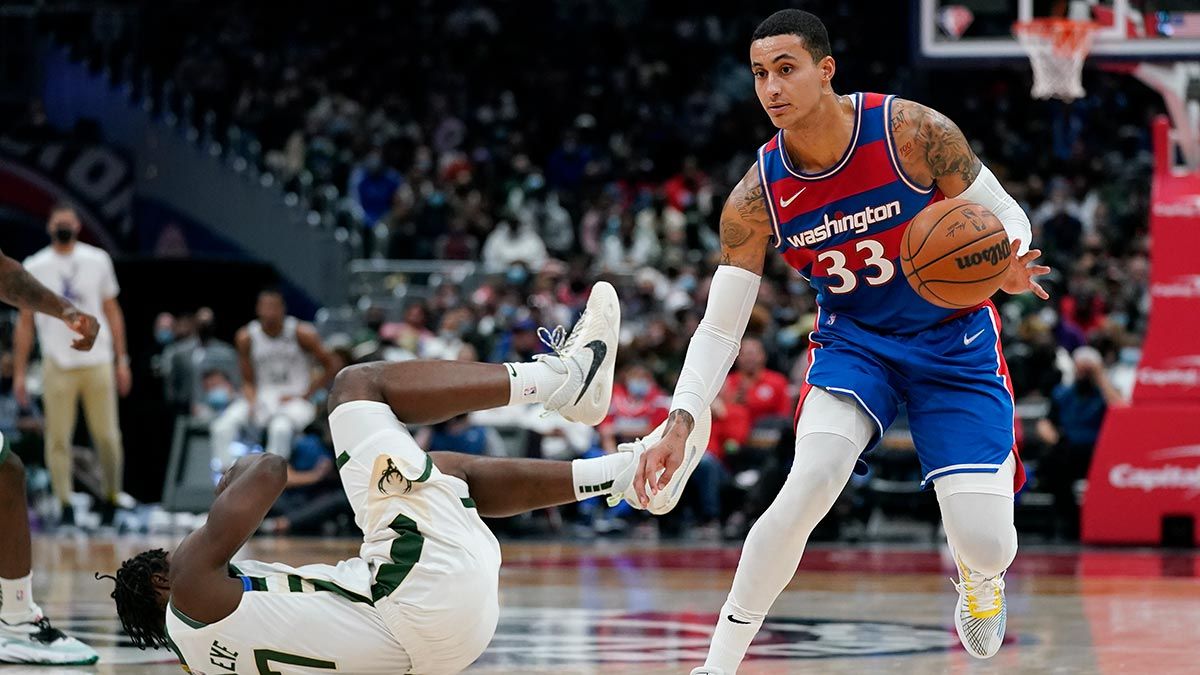 Kuzma’s response to the hecklers was pretty straightforward:

Fans brought a sign that read, “LeBron [James] won Kuzma his ring,” according to the Wizards’ forward.

All game long those fans went after Kuzma until he hit a go-ahead three-pointer with seconds left in the game.

“There was some hecklers during the game talking to me, so it was their fault, really,” Kuzma said. “They had a sign up that said LeBron won Kuzma his ring, and I said, ‘Without ‘Bron, Cleveland wouldn’t be s***.'”

The upstart Wizards won the game 97-94, their third win in a row and their seventh win in their last ten games.

A first-round draft pick out of Utah in 2017, Kuz spent his first four seasons in Los Angeles.

He was part of the 2019-20 title team that won down in the Orlando bubble.

During a major overhaul this past offseason, the Lakers traded Kuzma as a part of a package to Washington for All-Star Russell Westbrook.

In his first season as a Wizard, Kuzma is averaging 14.8 points and 9.1 rebounds.

Kuz has been a major factor in the Wizards’ hot start to the season, which has them tied with the Chicago Bulls for the best record in the Eastern Conference at 8-3.

It remains to be seen whether or not the Wizards can sustain this success, but with their best start in 16 years, fans in DC are full of optimism for a change.

The Wizards will go for the ninth win against the Magic Saturday at Amway Center in Orlando.