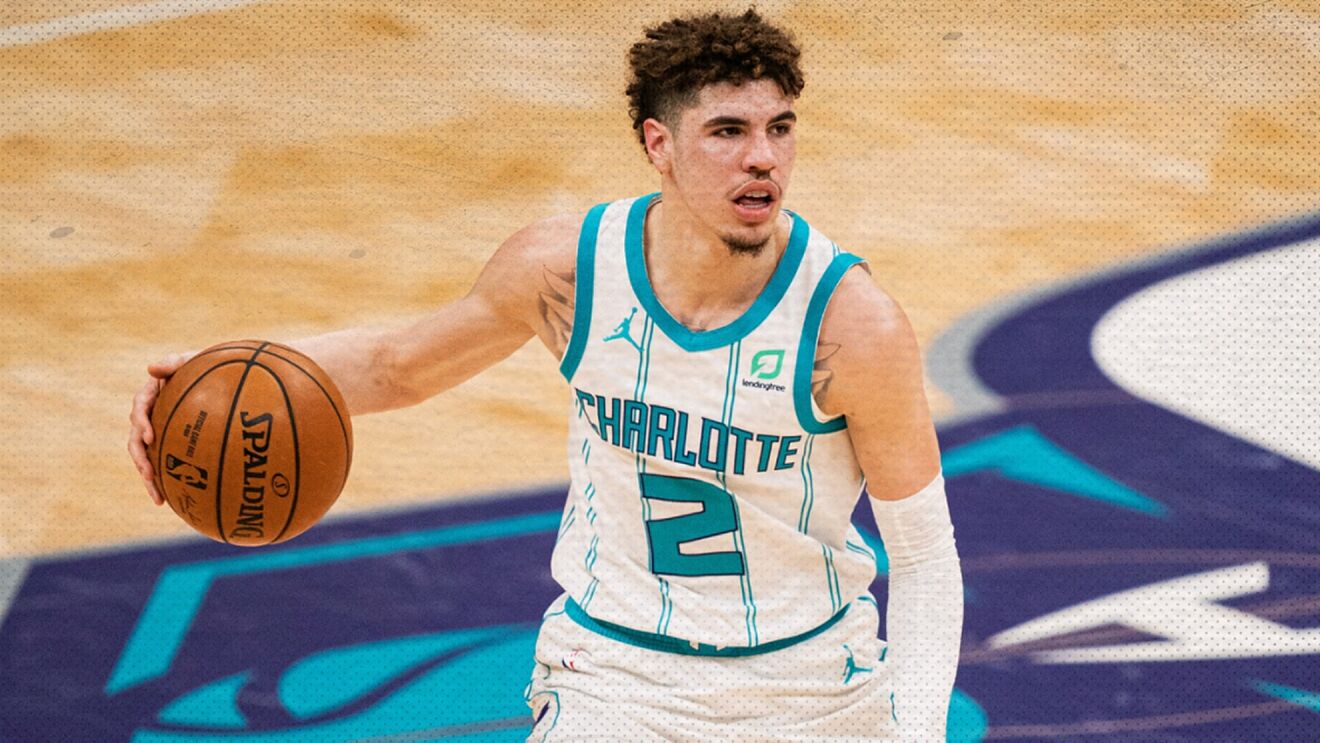 A broken right wrist didn’t keep Hornets’ star LaMelo Ball from winning Rookie of the Year last season, and during a recent interview with The Athletic’s Shams Charania, Ball shared the imposition that led to his two-handed talents.

“Me and my middle brother, Gelo, we were both born left-handed, and then our Pops changed us. Cause when we eat at the table, Lonzo and my Pops is right-handed, so me and Gelo was hitting them,” said Ball.

Charlotte Hornets young star LaMelo Ball sits down with @Stadium: On being born left handed before his father LaVar made him change to right hand, ambidextrous skill set, leadership, stability after playing all over world, more. pic.twitter.com/thgLiNO7OI

The left-handed Ball began using his right hand to eat, and what was initially just an accommodation for his Dad and brother Lonzo at the dinner table led to a huge on-court advantage.

Ball began taking notice in Middle School when other players couldn’t go to their left and their right with the ease he did.

When Ball no longer had to worry about bumping elbows with his older brother or Dad, he went back to predominantly using his left hand, but he can just as easily use his right.

Though Ball is now being viewed as the leader of the Charlotte Hornets, the 20-year-old says he has always felt like he’s been a leader.

Unlike many of his teammates, he didnt enter the NBA right out of high school or college.

Before the start of his junior year at Chino Hills, Ball’s father signed him with the Lithuanian professional team Prienai; Ball then played for his father’s Junior Basketball Association before returning to high school at SPIRE Academy to complete his senior year and finally playing in the Australian National Basketball League before being drafted into the NBA.

“It was the best route for me,” said Ball “[The experience] made me who I am.”

Now, Ball is focused on one target.

The goal is a championship,” said Ball. “But baby steps first.”