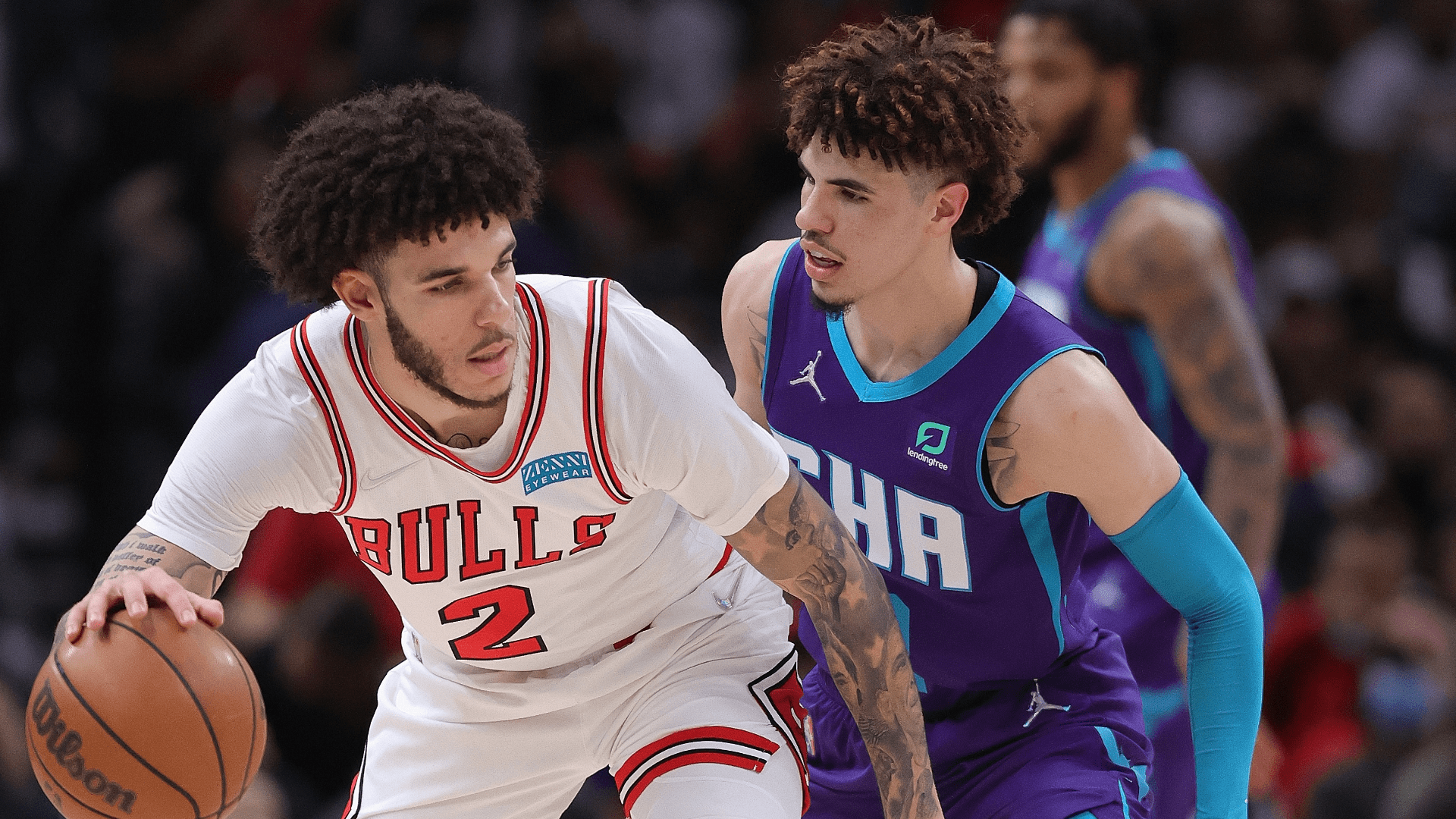 Naysayers (self included) were once again reminded of LaVar Ball’s foresight as Lonzo and LaMelo went head to head last night in Chicago in the first Ball brothers matchup of the season.

The brothers were all business on the court, but they had plenty to say after the horn sounded.

“I think he’s just taking that step to walk into that superstar role. He knows it’s his team,” Zo said when asked about seeing LaMelo’s development over the past year.

“Last year he was still trying to find his way,” said Zo. “They really didn’t know who their guy was, and I think they know it’s him now.”

LaMelo is averaging 19.3 points, 7.8 rebounds, and 8.2 assists per game for the Hornets as a starter after coming off the bench for most of his rookie season.

The youngest of the three brothers didn’t hesitate to acknowledge how lucky he was.

“It’s amazing,” said LaMelo after the game. “We’ve been talking about the NBA since we were little boys. Going out there and playing against him is a dream come true for real.”

The younger Ball may have topped his brother in game stats, but Lonzo got the best of LaMelo on a few plays, including a block that led to a transition jam at the other end.

“Playing against my older brother, having Mom and Pops in the crowd watching, it’s all around a blessing,” said LaMelo.

The Ball brothers will go at it three more times this season, but if Dad LaVar gets his way, all of his sons will suit up for the Bulls.

“By themselves, they are good. But together, they’re great,” Ball said per On Tap Sports Net.

The patriarch met with Bulls Vice President of Basketball Operations Arturas Karnisovas, but regardless of what the elder Ball would like to happen Melo is signed with the Hornets until at least 2024.

Then the team could match any offer he received.

For now, Zo, Melo, and DiAngelo in the G League will continue to make Dad proud on opposing teams.