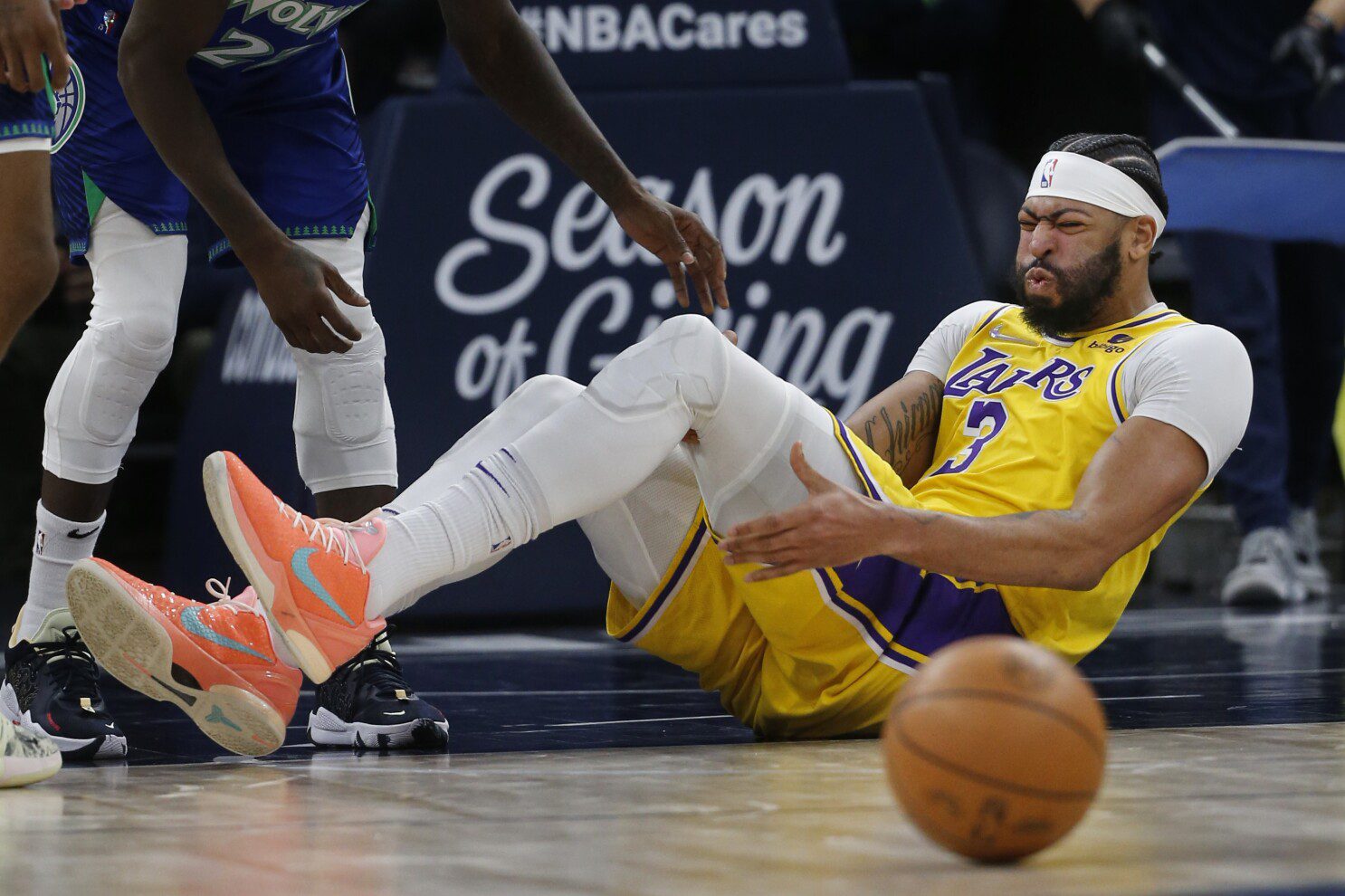 While COVID is wreaking havoc on team lineups, the injury bug has once again bitten the Los Angeles Lakers’ Anthony Davis.

Davis will be out for four weeks with a sprained MCL in his left knee, the Lakers announced Saturday.

Davis suffered the injury Friday night during the Lakers’ 110-92 loss to the Minnesota Timberwolves when Jaden McDaniel fell into Davis.

The six-foot-ten power forward/center was seen limping off the court before falling to the floor once he walked into the tunnel and was out of the crowd’s view.

Anthony Davis struggled to get to the locker room after an apparent knee injury in the third quarter. pic.twitter.com/MOBSzzrYYJ

It was the second time that night Davis left the game, the first coming after he twisted his ankle charging to the hoop.

Davis was criticized last year for his lack of offseason conditioning and preparation and then for not playing through injuries during the playoffs.

The nine-year veteran has missed just three of the team’s first 30 games this season and is averaging 23.3 points, 9.9 rebounds, 2.9 assists, and 2.0 blocks.

Still, Davis has come under fire for his perceived lack of intensity and dominance during games.

Los Angeles created all kinds of buzz during the offseason when they gutted their team keeping only LeBron James, Davis, and Talen Horton-Tucker, and added a busload of aging veterans, including Russell Westbrook and Carmelo Anthony.

The results of this monumental upheaval have been erratic play, a lot of finger-pointing, and sixth place in the Western Conference.

The only player who has been consistently spectacular is the soon-to-be 37-year-old James, who is averaging 25.7 points, 6.2 rebounds, and 6.8 assists in 37 minutes per game.

LA will play their first game without Davis Sunday against the Bulls in Chicago, but the Lakers will be missing more than just the Brow.

Charania also reported that several upcoming games might be postponed due to the number of players entering health and safety protocols.