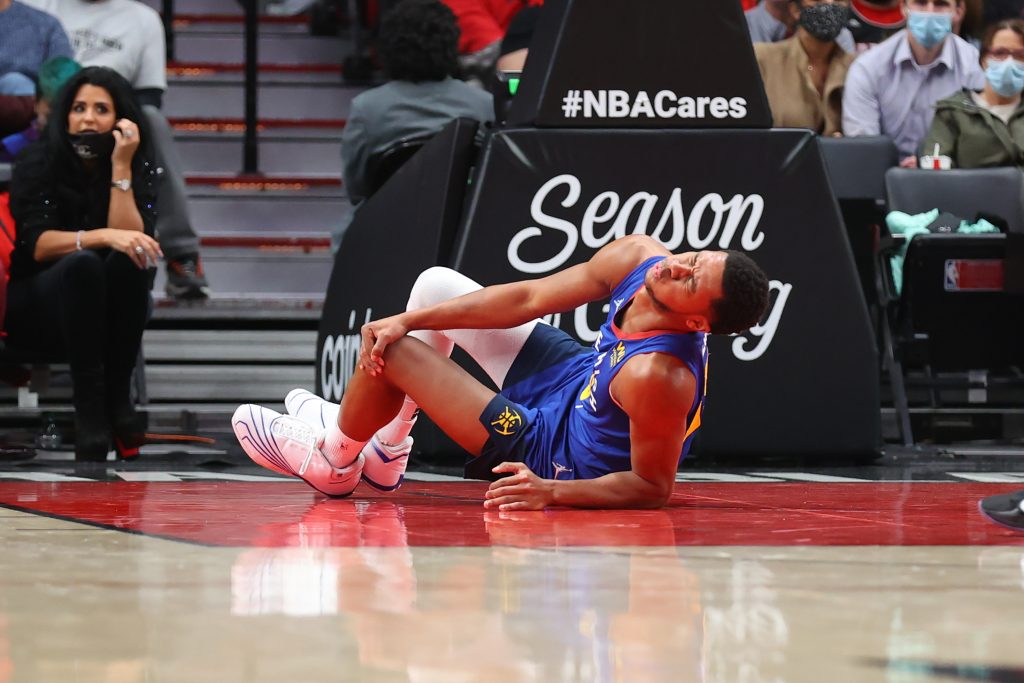 The Denver Nuggets have been decimated by injuries to begin the season and now add guard PJ Dozier to the list with a torn ACL.

The Nuggets guard injured his left knee in Tuesday night’s 119-100 loss to the Portland Trail Blazers.

The injury was confirmed on Wednesday, and Dozier will be out indefinitely.

The Nuggets now contend with a depleted and desperately need of healthy players.

Dozier attempted a layup over Cody Zeller with under a minute left in the first quarter, but Dozier was denied and landed awkwardly on the way down.

In the video, Dozier’s leg gets caught up with one of Zeller’s legs on his way down, and he immediately crumpled to the floor in pain.

Jokic recently injured his wrist and has been out three games, while MPJ is dealing with a nerve issue in his back, and Murray is still recovering from a torn ACL suffered towards the end of the 2020-21 regular season.

Murray provided a positive update on Instagram, but as he said, “I can’t hoop yet, but I feel great,” he’s still months away from getting back into a game.

With Dozier’s absence, the Nuggets went 9-4 to start the season and have now dropped to 9-9 after dropping five straight games.

The Nuggets now must try to overcome the Milwaukee Bucks in Friday night’s matchup.