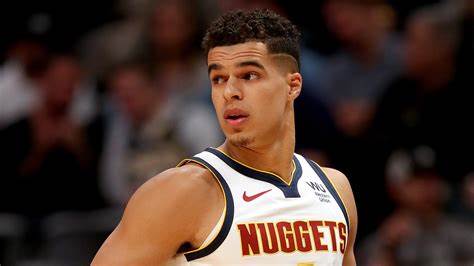 Nuggets forward Michael Porter Jr. has already lost two seasons of basketball due to a nerve issue in his back, and it could cost him this season as well.

According to The Denver Post’s Mike Singer, Porter Jr. is dealing with a nerve issue in his back that may require season-ending surgery.

The Nuggets gave him a week to show improvement before considering other treatment options.

Porter Jr. has missed the last two weeks of action since aggravating his back during a game against the Houston Rockets.

The injury occurred on a botched layup attempt that went viral.

According to reports, Porter Jr. has been receiving treatment and dealing with the back injury all season.

The layup attempt made the issue worse.

Still, the impact of Porter Jr,’s nerve injury has been on display since the start of the season, and it shows in his stats.

Porter Jr. has already undergone two back surgeries in his career.

The first came when he was in college at Missouri, which basically knocked out the majority of his college career.

The second cost him his rookie season after the Nuggets drafted him 14th overall in 2018.

The Nuggets signed Michael Porter Jr. to a five-year, $172 million contract extension worth up to $207 million this offseason, with the apparent hope he could provide a third tentpole alongside Nikola Jokic and Jamal Murray.

Now, the team may only have Jokic until Murray returns from last season’s ACL tear.