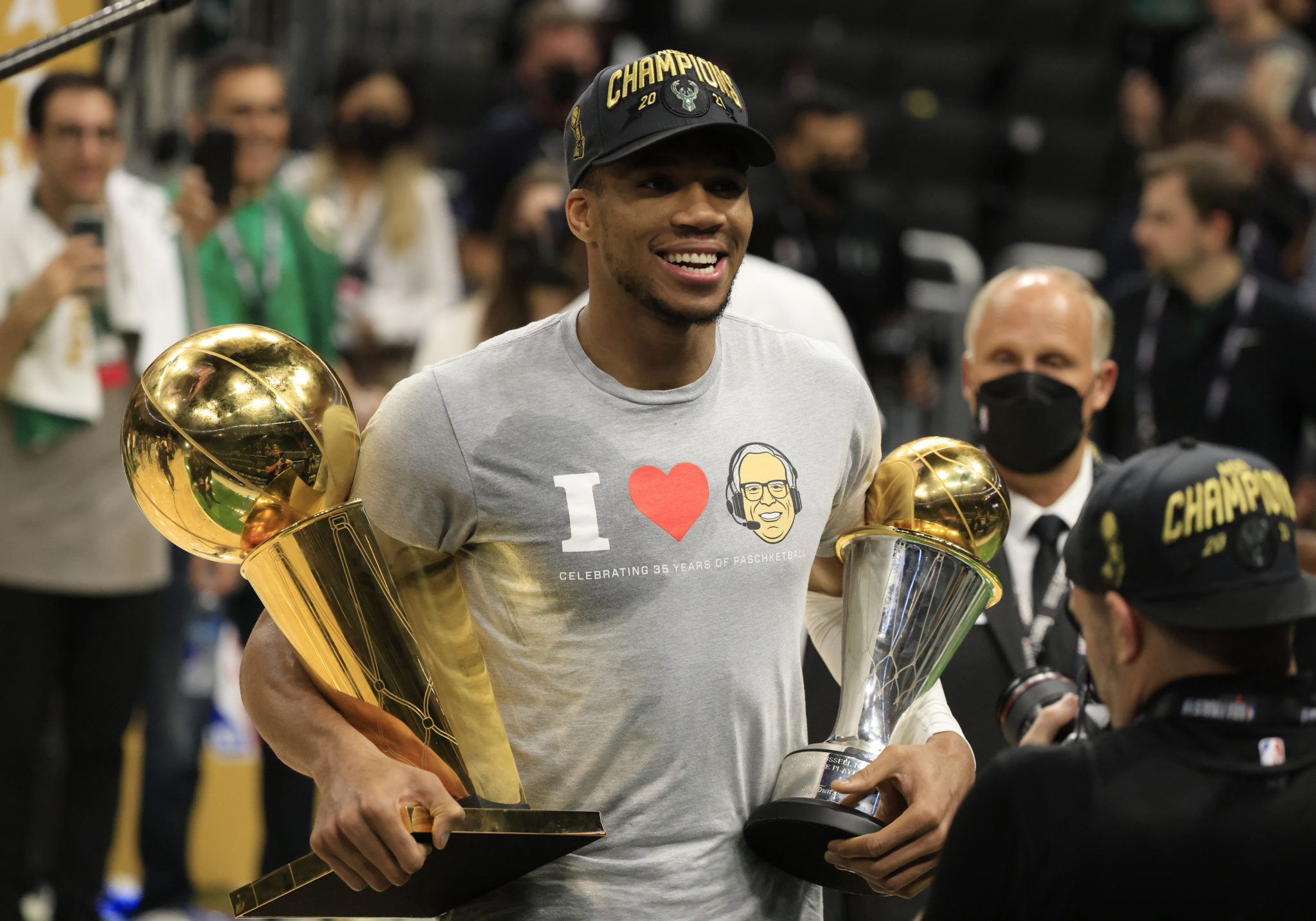 Giannis Antetokounmpo and the Bucks just made their first visit to The White House as NBA champions last week, but the reigning Finals MVP is already hinting that his days in Milwaukee may be numbered.

“One challenge was to bring a championship here and we did,” Antetokounmpo said in an interview for GQ. “It was very hard, but we did. Very, very hard. I just love challenges. What’s the next challenge? The next challenge might not be here [Milwaukee].”

GQ’s “Athlete of the Year” said if he left Cream City, it wouldn’t be for lack of love

“Me and my family chose to stay in this city that we all love and has taken care of us—for now,” Giannis said. “In two years, that might change. I’m being totally honest with you. I’m always honest. I love this city. I love this community. I want to help as much as possible.”

The Bucks drafted Giannis in 2013 when he was just 15, two years after he started playing basketball.

Still, if things get a little too comfortable, Giannis might decide it’s time to go.

“I don’t think it’s, ‘I’m thinking about leaving the Bucks,’ ” said Gianni’s agent Alex Saratsis. “But I think he’s genuinely like: ‘Okay, I have reached the pinnacle. The next challenge is, let’s repeat.’ But what happens if you do repeat? What’s the next challenge? What is that next barrier? When you think about it from a basketball perspective, by the age of 26, this kid has accomplished everything,” Saratsis said. “So sometimes you’re going to have to manufacture what those challenges are.”

If any Bucks fans are nervous that Giannis might jump ship soon, they can take solace in the team’s slow start.

The defending champs are 6-8 and sitting in the eleventh spot in the East.