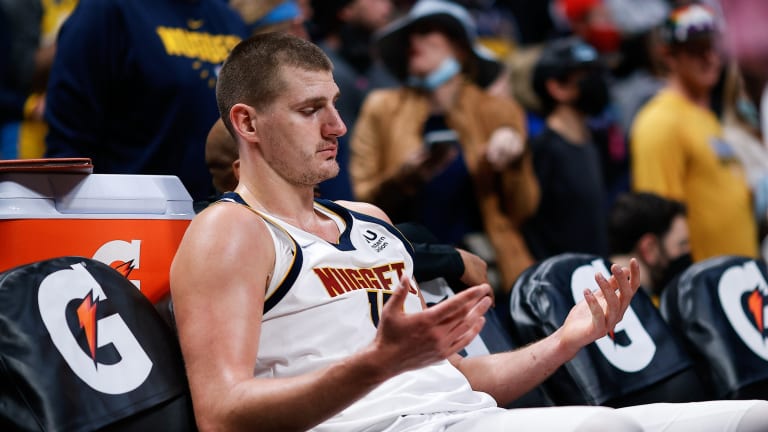 The NBA rendered judgment on the Denver Nuggets Nikola Jokic and the Miami Heat’s Markieff Morris and Jimmy Butler after Monday night’s altercation during the Nuggets 113-96 win.

Byron Spruell, President, League Operations, announced Jokic was suspended one game without pay for shoving Morris from behind.

Morris was fined $50,000 for a Flagrant Foul 2 on Jokic, which set off the incident.

The Heat’s Jimmy Butler was fined $30,000 “for attempting to escalate the altercation and failing to comply with an NBA Security interview as part of the review process pertaining to an on-court matter.”

Jokic will serve his suspension against the Indian Pacers Wednesday night.

The incident occurred with 2:39 left in the fourth quarter.

Morris committed a Flagrant Foul 2 on Jokic near half court to stop a fastbreak.

Jokic took offense to the hard foul with a forceful shove to Morris from behind.

Morris went down, and several Heat players, including Jimmy Butler, rushed over.

After the game, Morris’ twin brother, LA Clipper Marcus, traded barbs with Jokic’s brothers, Strahinja and Nemanja, on Twitter regarding the incident.

However, with suspension and fines delivered, cooler heads now seem to be prevailing.

The Heat look to bounce back tonight against the Los Angeles Lakers at the Staples Center.