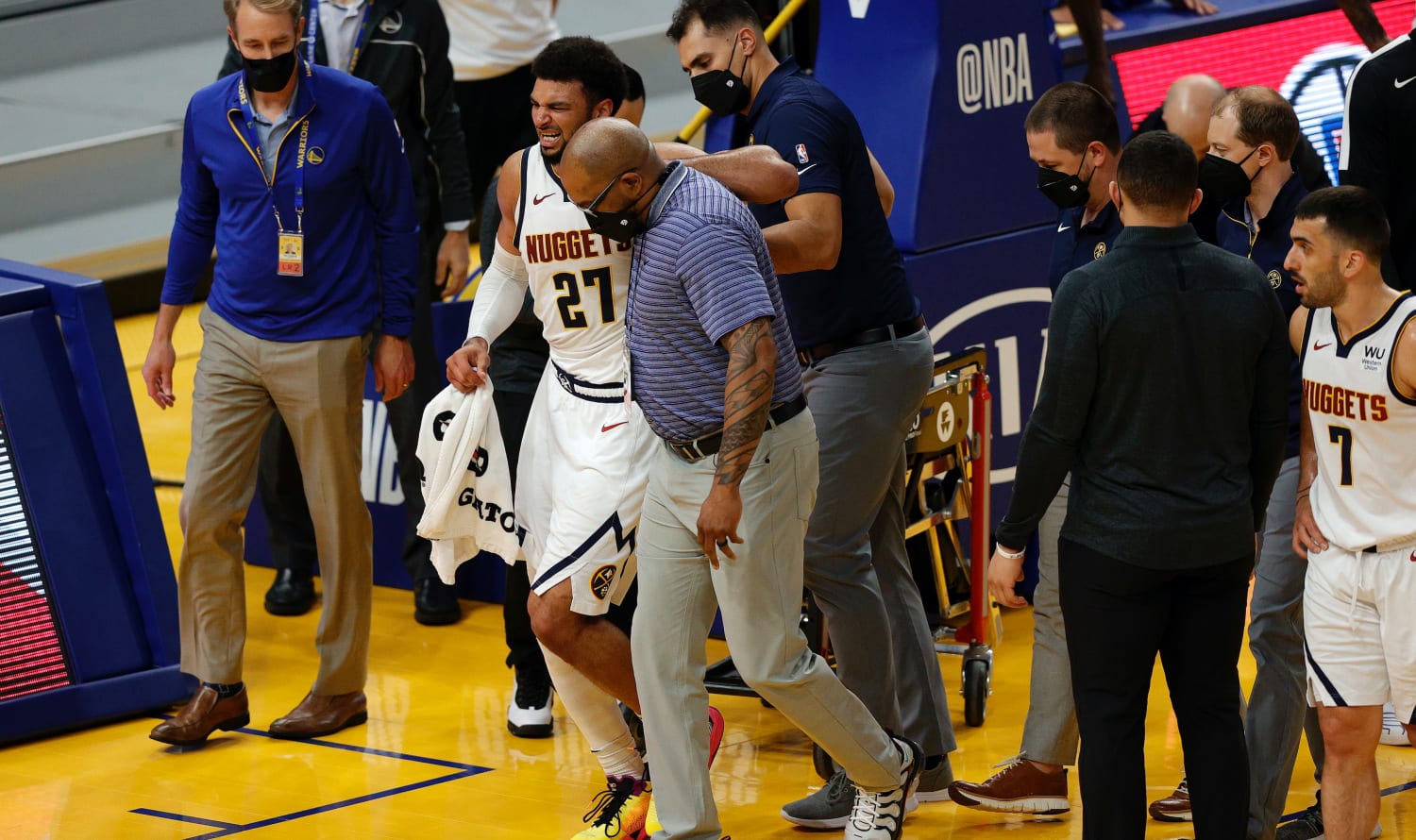 The Denver Nuggets’ championship hopes took a huge hit after star Jamal Murray was diagnosed with a torn ACL.

Murray suffered the injury driving to the basket in the final seconds of the Nuggets’ 116-107 loss to the Golden State Warriors.

Murray had to be helped off the court after several minutes on the ground.

The knee appeared to give out on Murray’s way to the basket and led to a scary scene out in the Bay Area.

“[It was a] very down locker room,” Nuggets coach Michael Malone said after the game, CBS4’s Michael Spencer.

“Yes, we lost the game, but I think everybody’s thoughts are with Jamal and hoping that he’s going to be OK.”

Upon planting his left knee, which gave out after that landing, Murray only made it halfway up in the air before dropping under the hoop and immediately grabbing the knee while moving around in clear pain.

Jamal Murray was helped off the court after an apparent knee injury with 50 seconds left against the Warriors. pic.twitter.com/sz7akzOiq4

Jamal Murray left the game after an injury to his left knee pic.twitter.com/ddEEMg9A4c

He laid on the ground for several minutes before being helped up to his feet by the training staff.

A wheelchair was brought out, but Murray refused to get on it and walked off the court to the locker room with the help of the training staff.

Details about the extent of Murray’s injury were unknown immediately after the game, but Nuggets head coach Mike Malone said he spoke to Murray.

“Some of the coaches said when they saw the replay, it looked like he hyperextended it … It’s just an awful feeling,” Malone said via CBS4’s Michael Spencer. “Keep Jamal in your thoughts and prayers, and hopefully, we’ll get some good news.”

A member of the NBA All-Rookie Team in 2017, Murray finished the night with 17 points, four assists, and four rebounds as he was returning from knee soreness that caused him to miss four games prior to Monday.

The 24-year old star was averaging 21.3 points and 4.8 assists while shooting a career-high 48 percent from the field this season, his fifth in the league.

Murray is in the midst of his first year of a new five-year, $158 million deal with the Nuggets.