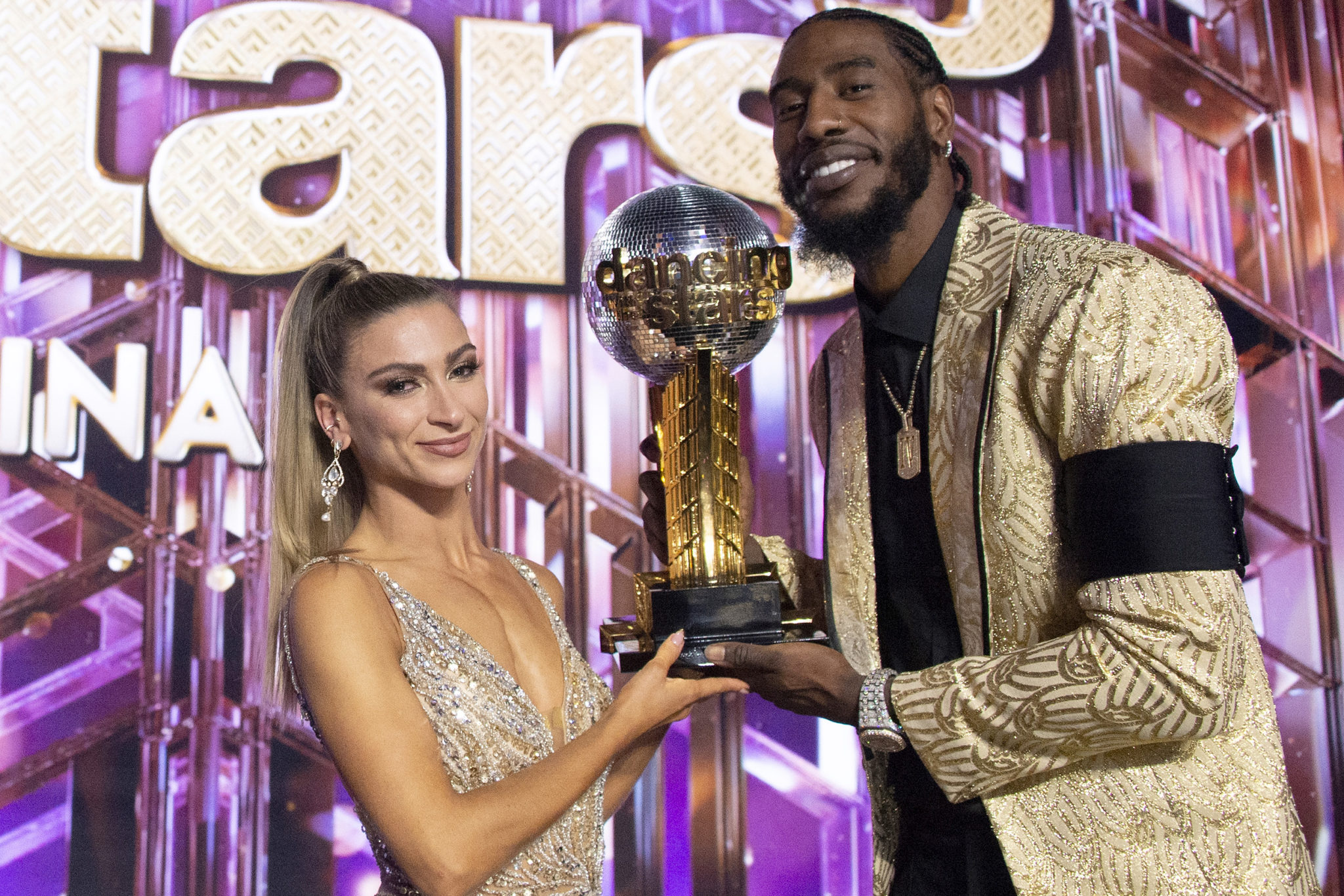 From the hardwood to the dance floor Iman Shumpert stands alone in the history books after becoming the first NBA player to win Dancing with the Stars.

Shumpert, a member of the 2016 Cleveland Cavaliers’ championship team, succeeded where no other former player had in the competition’s 30th season.

Shumpert isn’t the first NBA champion to appear on the popular show.

“I could lock in on that type of target,” Shumpert said pointing, out the aesthetic similarities of the Mirror Ball and Larry O’Brien trophies.

“I hope that the guys home watching realize that the shows not all the way about you being able to technically dance,” said Shumpert. “As basketball players, we get trapped in that a lot, to be an athlete all the time, but if this is not proof enough for you that you can be more, you should look harder at the Mirror Ball.”

The New York Knicks drafted Shumpert in the first round in 2011.

He played three seasons in the Big Apple before joining the Cavs.

During Cleveland’s one and only title season, Shumpert averaged 5.8 points, 3.8 rebounds, and 1.7 assists.

He played four years with the Cavs before jumping to Toronto, Sacramento, Houston and finishing his career with the Brooklyn Nets in 2020-21.

Shumpert notched his highest point total, 9.5, his rookie season with the Knicks.

He finished with career averages of 7.2 points, 3.3 rebounds, and 1.8 assists per game.