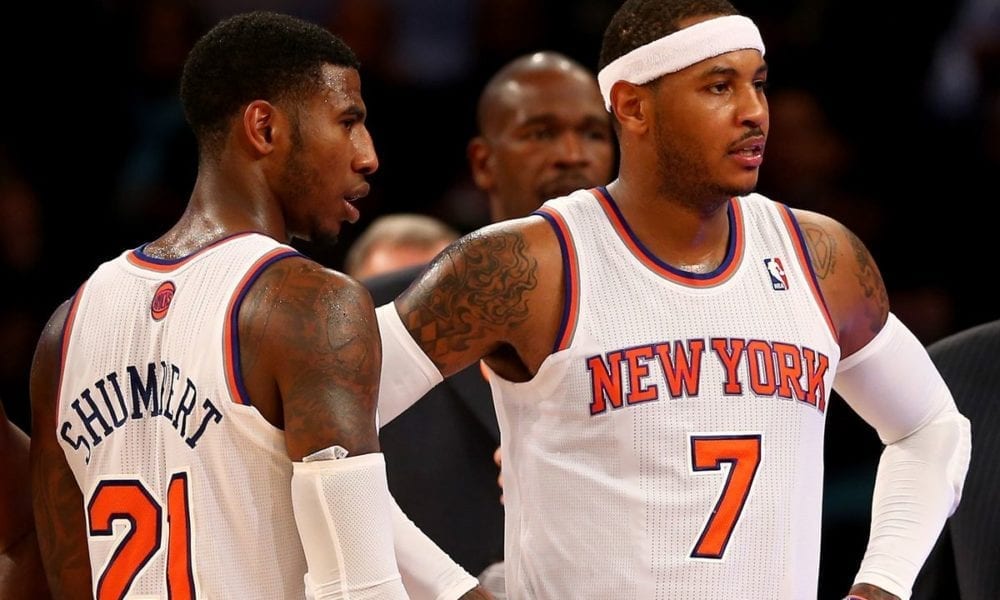 Rookie hazing has been a part of NBA life for decades and a lot of the same stories tend to emerge.

Every now and then a car is filled with popcorn and everyone has a good laugh.

But one man who was hazed in a rather different manner was Sacramento Kings guard Iman Shumpert.

After Shumpert was drafted by the Knicks in 2011, Carmelo Anthony devised quite the unusual way of welcoming his newest teammate to the NBA.

Melo made Shumpert sort Skittles until he had a bowl of entirely green ones, according to TMZ Sports.

“What pack do you know of all green Skittles!?” he said.

And then just to add insult to injury…

“I don’t even think he ate them,” Shumpert added.

The topic arose when Shumpert was asked if he had any plans to haze incoming Kings rookie Marvin Bagley.

Shump didn’t seem to have any plans…