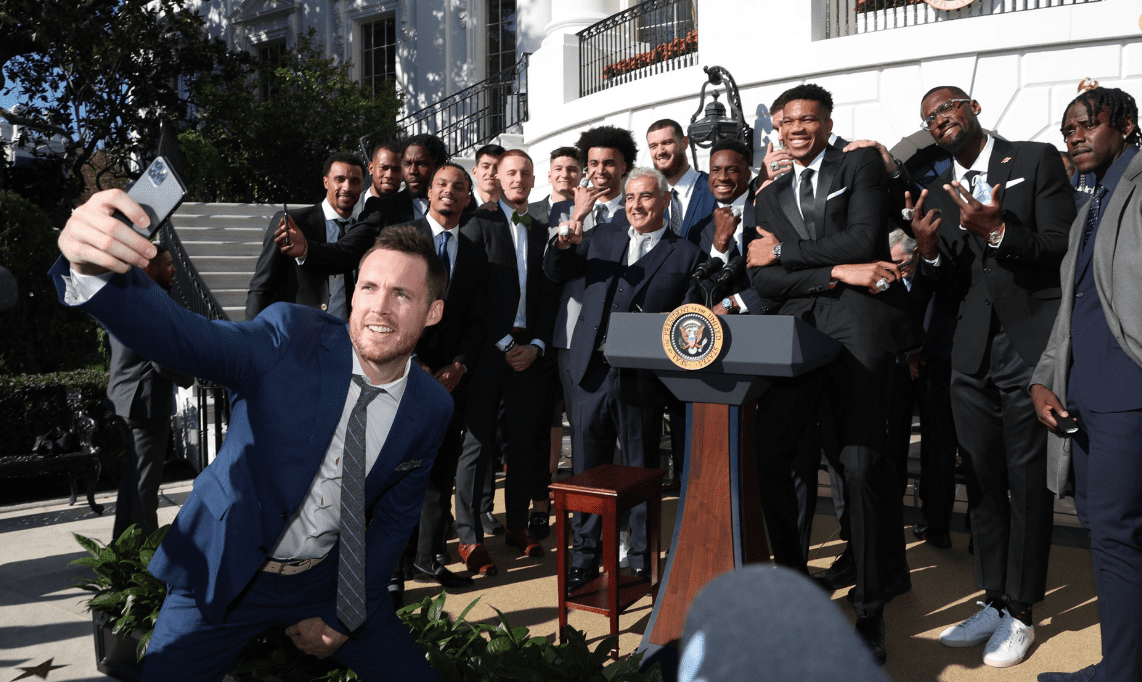 For the first time in four years, an NBA champion was honored at the White House.

President Joe Biden congratulated the MilwaukeeBucks on their first title in 50 years before MVP Giannis Antetokounmpo stepped to the mic and expressed his gratitude for having a chance to live out his own American dream.

“From Sepolia to the Oval Office, meeting the president of the United States,” Antetokounmpo said. “I’m grateful for this opportunity, and it’s a great example that with a lot of hard work, you can accomplish a lot of things in life, and this is one of those amazing gifts that we get to experience.”

"With a lot of hard work, you can accomplish a lot of things in life."

Giannis on his journey from Greece to the White House pic.twitter.com/HxfHOt5fHl

The moment did not pass Bucks players as they reflected on how far they had come.

“It’s incredible to be here. Thinking about what we were able to accomplish last year and commemorate it here,” said Pat Connaughton. “A kid from Arlington sitting on the White House steps.”

“We at the White House, a long way from Arkansas,” said Boby Portis. “It’s a tremendous honor, and I’m excited. I’ve never been here before.”

Brook Lopez, in his 14th year in the league, decided to recite some of the Gettysburg address at the podium.

Stay for the Bucks @WhiteHouse ceremony which begins at 1:50 PM CT on the Bucks App and https://t.co/FgAciIEw3C pic.twitter.com/1rwYbc1OCb

The last NBA team to visit the White House was the 2016 Cleveland Cavaliers, who came back down 3-1 to defeat the Golden State Warriors for the title.

The 2017-2018 Golden State Warriors, 2019 Toronto Raptors, and the 2020 champion Los Angeles Lakers all declined to take the ceremonial visit to the White House while Trump was in office.

The Bucks were in town to play the Washington Wizards, who they lost to on Sunday.

The team was off  Monday and will play the Philadelphia 76ers on Tuesday.

Milwaukee can only hope to get a boost from the accolades.