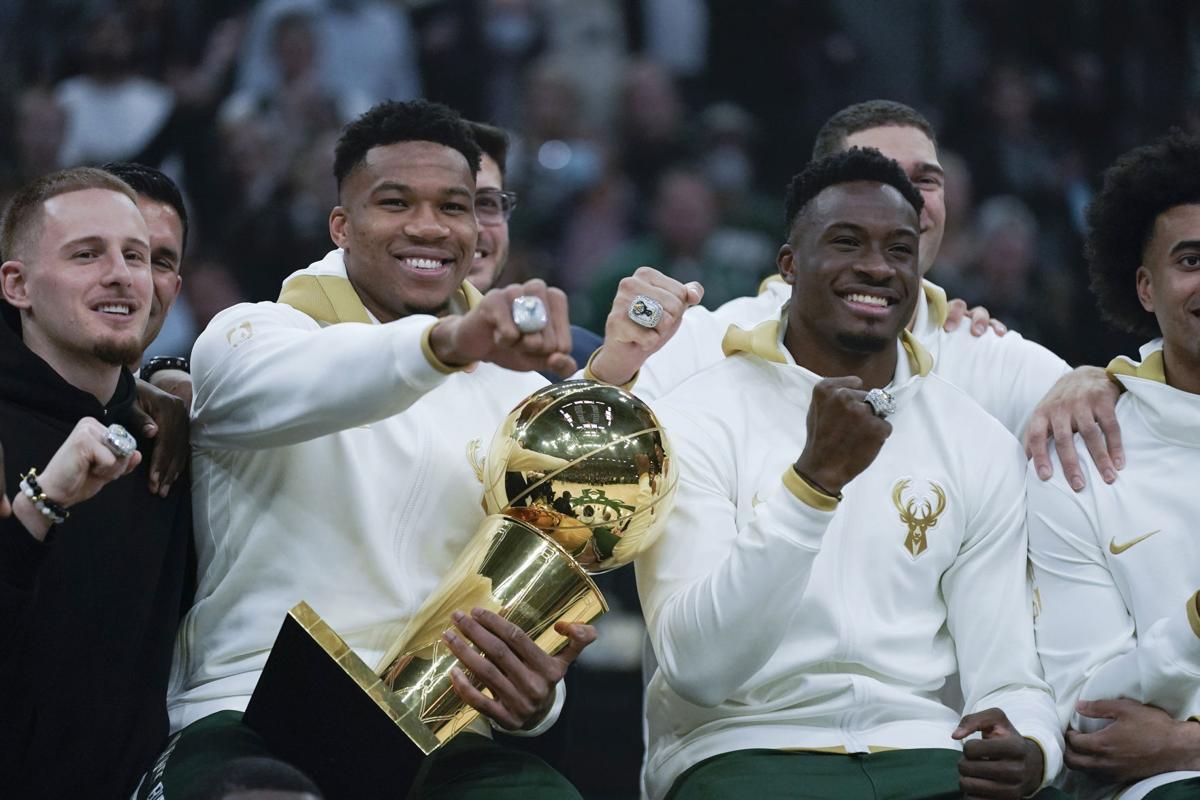 The Milwaukee Bucks tipped off opening night of the NBA’s 75th season by showing off their one-of-a-kind, high-tech, 2020-21 championship ring before defeating the Nets in front of an exuberant Fiserv Forum crowd.

Designed by Jason of Beverly Hills, the ring has a detachable top with a diamond loop so it can be worn as a pendant and an engraved QR code that, when scanned, shows a highlight reel of the 2020-21 championship season.

“We wanted to once again rewrite the rules of what a championship ring should be,” said Jason Arasheben, CEO, Jason of Beverly Hills. “We sought to create something that had a bit more versatility than rings of the past. As championship rings have gotten bigger, they have become less and less practical to wear. We addressed this by developing a push-button system that allows the players to wear the top of the ring as a pendant, making it a piece of jewelry they can wear every day around their finger or on their neck to celebrate their tremendous season.”

What may appear as just a massive amount of bling to the uninformed eye was designed to represent the franchise’s history and the Bucks’ first title since 1971.

Of the ring’s 400 diamonds, 360 sit on the top to represent the total wins since the team was purchased.

The 50 round stones on the inner bezel stand for the 50 years since the team’s last championship win.

After the ring, trophy, and banner presentation, the Bucks proceeded to whip the Brooklyn Nets 127-104.