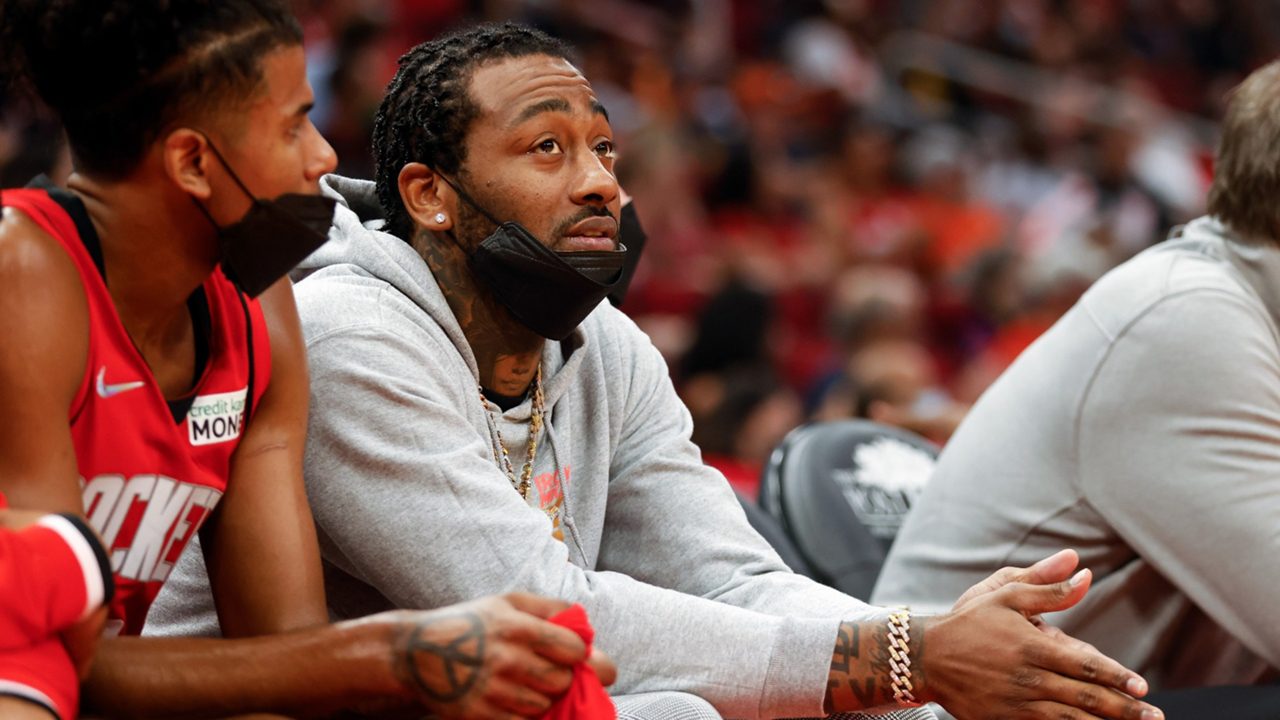 John Wall won’t be coming to the aid of the 1-10 Houston Rockets anytime soon.

In fact, Adrian Wojnarowski told ESPN, most likely Wall will not play at all this NBA season.

“There are no plans for John Wall to play for the Rockets, and it’s becoming increasingly likely that John Wall may not play anywhere in the NBA this season because the cost of his contract right now is just too prohibitive.”

Wall has two years and $91.7 million left on a four-year contract extension worth $170 million he signed with the Washington Wizards in 2017.

“He’s got a $44 million deal this year, a $47 million player option next year that any team that would potentially trade for him would want him to decline that option,” said WOJ. “He’s not doing that. He’s not giving that money back.”

After sitting out the entire 2019-20 season with a ruptured Achilles, he suffered while at home, Wall was brought to Houston in a deal that sent Russell Westbrook to the Wizards.

Wall averaged 20.6 points, 3.2 rebounds, and 6.9 assists his first season, but the Rockets are focused on the future and their young backcourt of Kevin Porter Jr. and Jalen Green.

Green has shown explosive athleticism and is one of the top contenders for Rookie of the Year, averaging 14.5 points, 3.3 rebounds, and 2.9 assists.

Porter Jr. is averaging 12.8 points, 4.1 rebounds, 5.2 assists in his second season in Houston and his third year in the league.

Wall was the first pick of the 2010 Draft, and at 31, the five-time All-Star, who should be hitting his peak, may ride the pine for the next two years.

For now, enjoy some John Wall highlights until he makes his return.