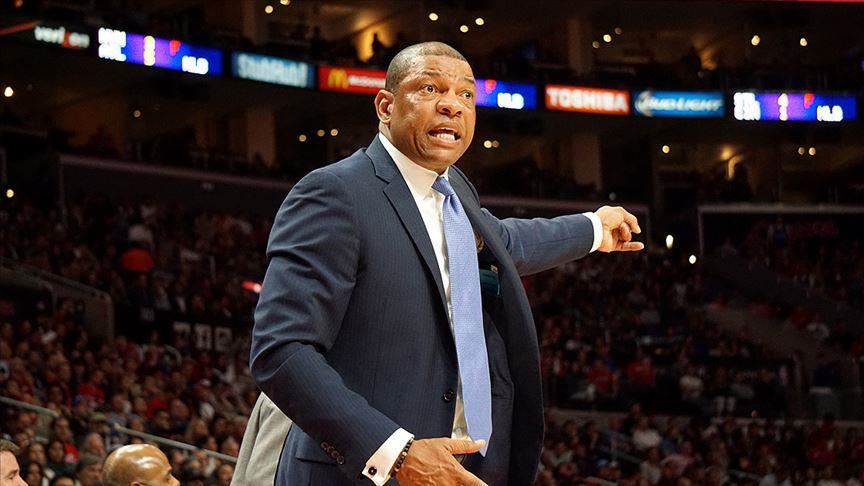 Despite all the off-court drama, coach Doc Rivers and the Philadelphia 76ers notched their eighth win of the season, and Rivers became the 10th coach in league history to score 1,000 wins Saturday night.

The Sixers defeated Chicago 114-105 at the United Center, giving Philly the best record in the league and securing Doc’s place amongst the most successful NBA coaches.

“I had no idea that I was at 999, Rivers said after the game. “I don’t count. That’s not why I do it, and this win being shorthanded; being in Chicago means a lot. And it also means I’m very lucky.”

It was the second time in five days that the Sixers defeated the Bulls.

“Wins like tonight is why you coach,” said Rivers. “These are the ones that are really special.”

Rivers was greeted with applause, high fives, and fist bumps as he made his way to the locker room before being doused with a cooler full of water.

goodnight Sixers twitter! hope your Saturday night was just as fun as ours! pic.twitter.com/tPlanqFdQj

“They set me up pretty well,” Rivers said. “It was cold. I wish it was beer instead.”

Rivers has coached 23 seasons in the league after playing for 13.

The former point guard started his coaching career with the Orlando Magic in 1999.

After four seasons in Orlando, he took the Boston job, where he won his only title as a player or coach.

Rivers spent nine years with the Celtics before taking on the Los Angles Clippers during the “Lob City” era.

Just 42 games behind Rick Adelman, Doc should take over the ninth spot this season for winningest coaches.

The only other coach in the top 10 still active is Gregg Popovich with the San Antonio Spurs.

Former coach Don Nelson is in the top spot with 1,335 wins.