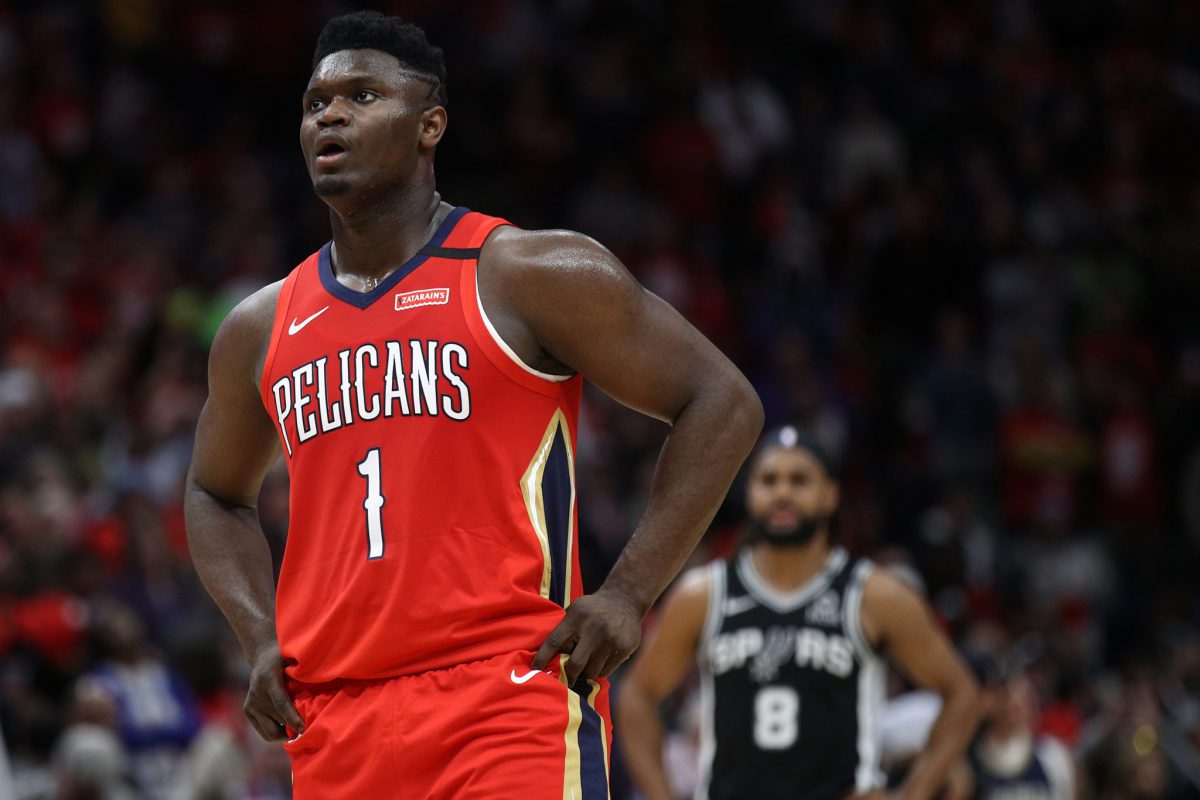 New Orleans Pelicans star Zion Williamson is reportedly weeks away from returning to a practice court despite the team expecting him back sooner.

Williamson suffered a foot fracture during the offseason, and his weight gain has been the topic of the league.

Pelicans GM David Griffin announced back at media day in September that the team expected him back in the regular season.

New Orleans is now seven games into the season and recently announced that Williamson remains weeks away from even returning to practice, let alone play in a live game.

Head coach Willie Green provided an update when speaking with reporters on Monday.

According to ESPN’s Andrew Lopez, Green said that doctors are “encouraged” by Zion’s latest scans, but he has not been approved to participate in 5-on-5 practice.

He won’t be cleared until he clears another set of scans that will be taken in two to three weeks.

“He’s cutting,” Green said, per Lopez. “He’s doing explosive work. He’s running. He’s getting closer and closer. It’s just one of those injuries where we want to be really diligent, especially with the foot, of being careful when we put him back on the floor at full go.”

Despite doctors feeling optimistic, a video released on Monday shows Williamson running drills before Saturday’s game against the New York Knicks, and it fed further into concerns about the star’s physical shape.

In the video, he doesn’t look anywhere near ready.

Here is the full quote of what Griffin said regarding Williamson’s status for the season on September 27.

“His timeline should get him back on the court in time for the regular season,” Griffin told reporters.

“That would be our hope and our view, and we’re very optimistic about what that looks like. Unfortunately, I know that’s going to be taken as a very big negative for all of you. It’s really not for us because we were dealing with it all offseason, and we feel very confident about where things are.”

With Zion Williamson not playing and still a ways away, the Pelicans have started the season 1-6 and will most likely not rush the star if the season is a lost cause.