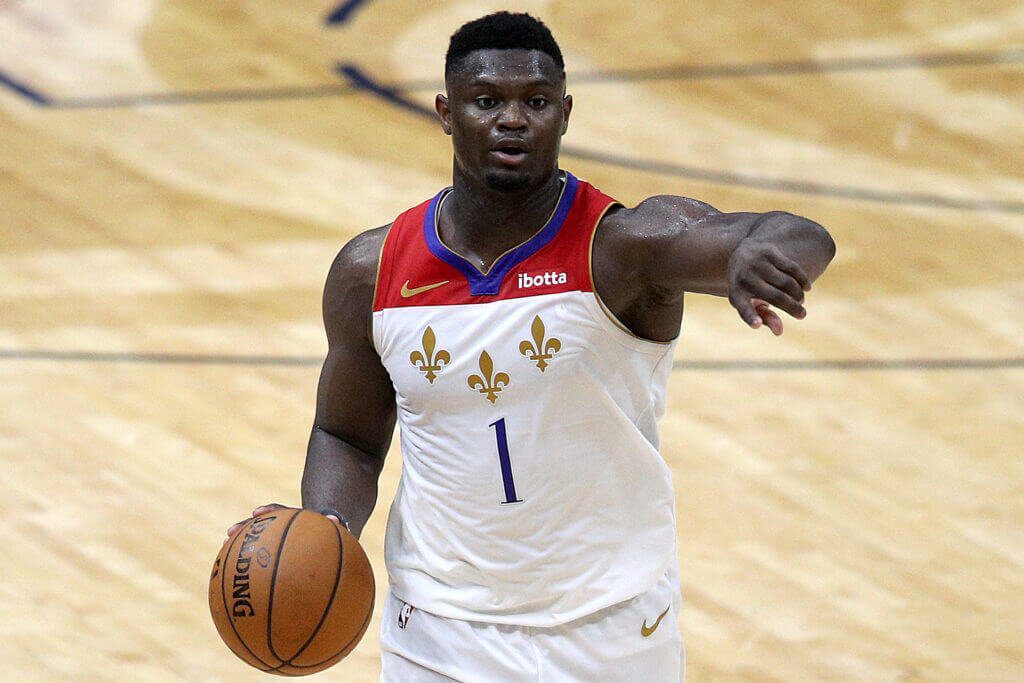 Once again, Zion Williamson will be sitting on the pine instead of running up and down the hardwood for the New Orleans Pelicans’ season opener.

Williamson, who arguably is best known for blowing out his sneaker while playing for Duke, is still recovering from offseason foot surgery.

“Zion underwent imaging (Wednesday) on his right foot,” said Griffin. “(Doctors) who reviewed those images were very encouraged by the healing evidence there. They are very optimistic he will recover from this, and they have cleared him to continue his progression. The next step for him now will be running and on-court individual work.”

Zion Williamson progress from foot injury to be evaluated in 2-2.5 weeks

Williamson, 21, has struggled with injur his first two seasons in the NBA.

“Given the nature of bone healing, there is no fixed timeline for his return to game action, but the doctors are very encouraged by this last batch of images,” Griffin said. “As he continues along his return-to-play progression, doctors will be using additional imaging that will take place two to two and a half weeks from now, as guides and landmarks for taking the next steps. It’s everyone’s goal that Zion return to play as soon as is safely possible.”

Zion and Pelicans’ management have seemed at odds in the past regarding Zion’s health and how soon he should return to playing.

Griffin said, “Because of the bone-healing aspect (of a foot fracture), it’s hard (to project). Every player is different. Nothing has gone wrong and there is no setback (in Williamson’s recovery); it just takes a certain period of time.”

The Pels tipoff their season at home against the Philadelphia 76ers, and though Williamson’s absence is a disappointment, first-year head coach Willie Green says adjustments are just part of the game.

“He’s here and he’s progressing, as Griff spoke about. But we gotta get other guys ready — there’s a game coming up Wednesday against Philly. We just need to be prepared.”