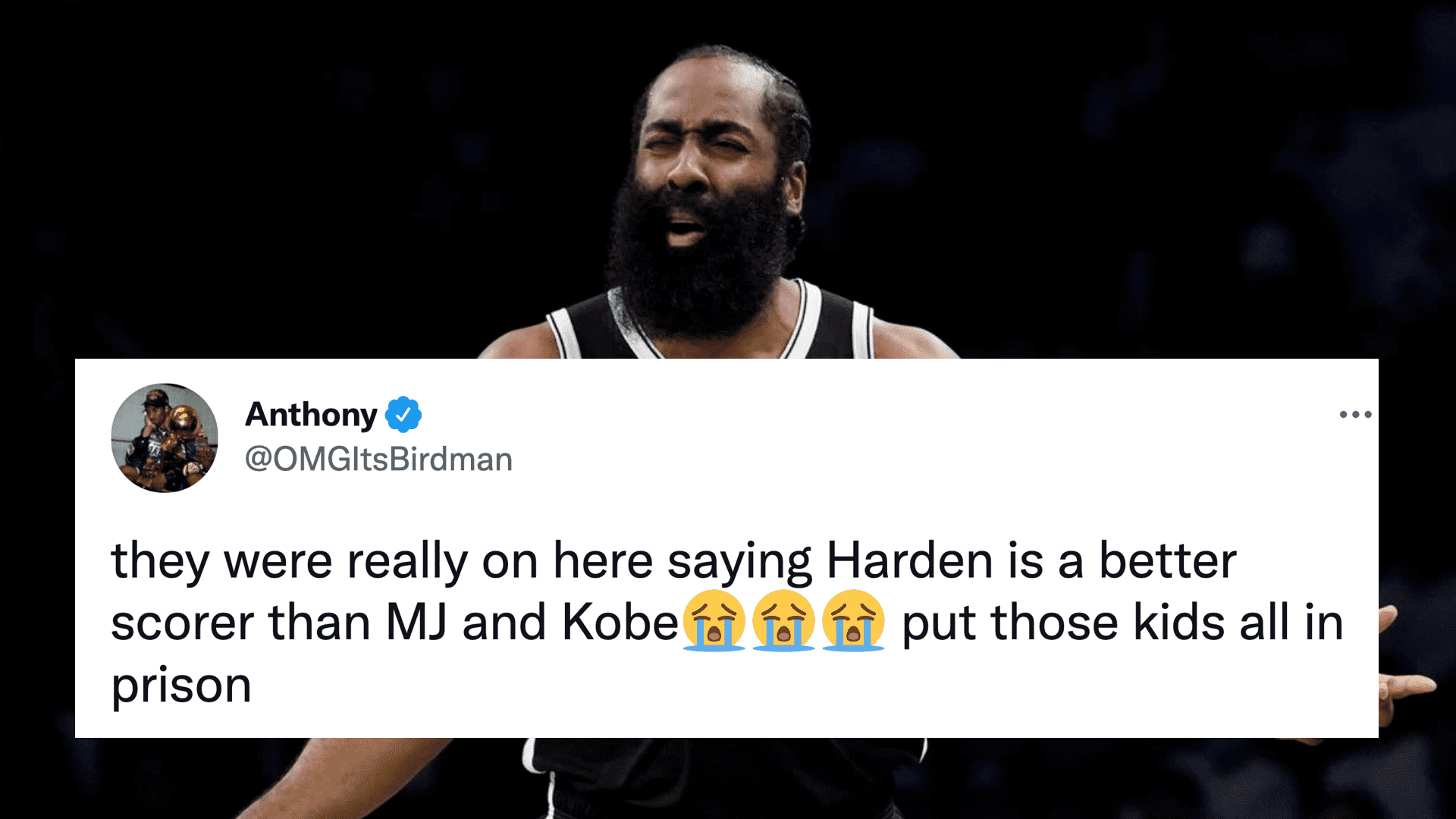 Guarding James Harden has historically been hell due to his unparalleled ability to bait defenders into fouls.

But with the NBA adding a new rule this season aimed at players who make “abnormal movements” to draw fouls that result in free throws, referees have been empowered to swallow their whistles when Harden gets up to his old tricks.

It has been a tough adjustment for the Nets star. He averaged 11.8 free throws per game during his last full season in Houston, and is managing just three per game now. His scoring has dropped from 24.6 points per game a year ago to 16.6 this season.

All this has been much to the delight of those who have long felt Harden’s sneaky tactics were not in the spirit of the sport and made games hard to watch. That much has been made clear by the almighty roasting Harden has received on Twitter.

Take a look at the best reactions below:

Harden finally not getting these calls brings me so much joy pic.twitter.com/S5BTvAe4G3

Year and a half ago Harden said Giannis has no skill. Now Giannis is a champ while Harden is struggling to score with the new foul rules pic.twitter.com/TOSmTBgZV7

READ MORE: The Most Surprising Stats From the Season So Far

James Harden positioning himself as a victim of the rule change when the entire reason they were changed were because players like himself exploited the previous set of rules. pic.twitter.com/2ojz73moHn

people had to guard harden like this. i could care less about harden crying now pic.twitter.com/WUAQutF5gq

READ MORE: ‘He Threw Me Like a Sack of Potato Chips’: Udonis Haslem Reveals Fights with Teammates

loving Harden talk like some kind of injustice was done to him. NBA always been a business first. foul-hunting is bad for business. the ncaa BANNED DUNKING because of Kareem, so all he did was invent basketball's most unstoppable move ever. Harden not the first, wont be the last. https://t.co/XuOS5BPerT

james harden this year with the new nba foul rule vs. james harden of the past pic.twitter.com/T5oTXx5bTD