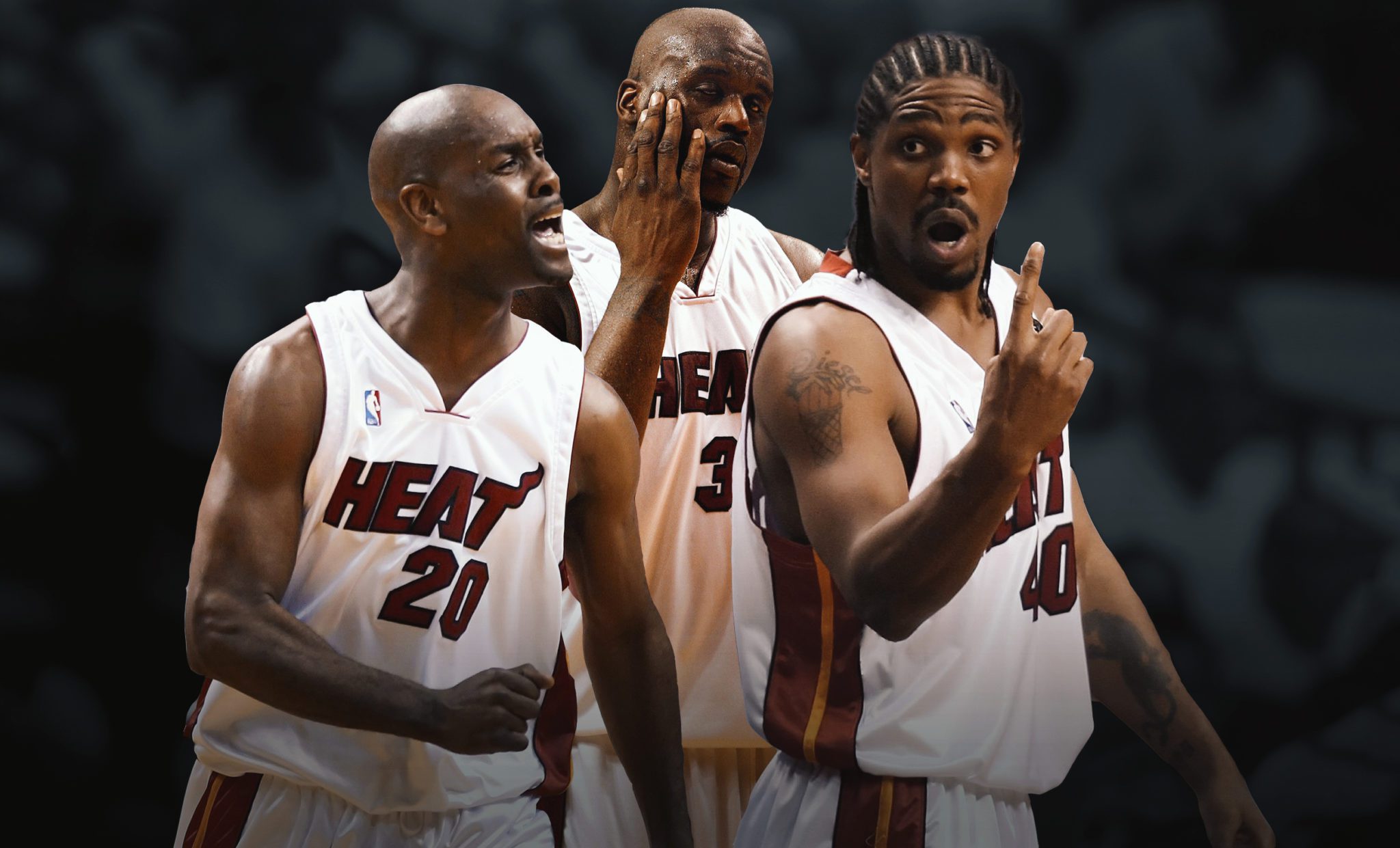 An NBA veteran of 18 years and counting, it’s safe to say Udonis Haslem has seen some shit.

In a new interview with GQ, Haslem revealed some of the craziest things that have gone down behind the scenes in Miami, and when he started talking about the fights he’s been in with teammates, things got really interesting.

“Worst fight? Me and Gary Payton got into it at practice once,” Haslem said. “I don’t know what we were talking about, but shit went left.

“We started arguing and Gary went and got a broomstick! Pat [Riley] kicked us outta practice. We had a game that night and me and Gary didn’t speak the whole game. He was finna hit me wit’ a broomstick!”

Haslem said the “best fight” he was ever involved in was actually one he was trying to prevent.

“Best fight? Probably the one when Shaq and Pat got into it,” he said. “It wasn’t even a fight, they were just going at it. The fight was me trying to hold Shaq back and he threw me like a sack of potato chips.”

“I’m trying to save Pat’s old ass and Shaq grabbed me and swung me. He threw me down like that and I was just trying to stop him. Imagine if he really wanted a piece of me? I would’ve had to tase him!”

You can read the full article here.